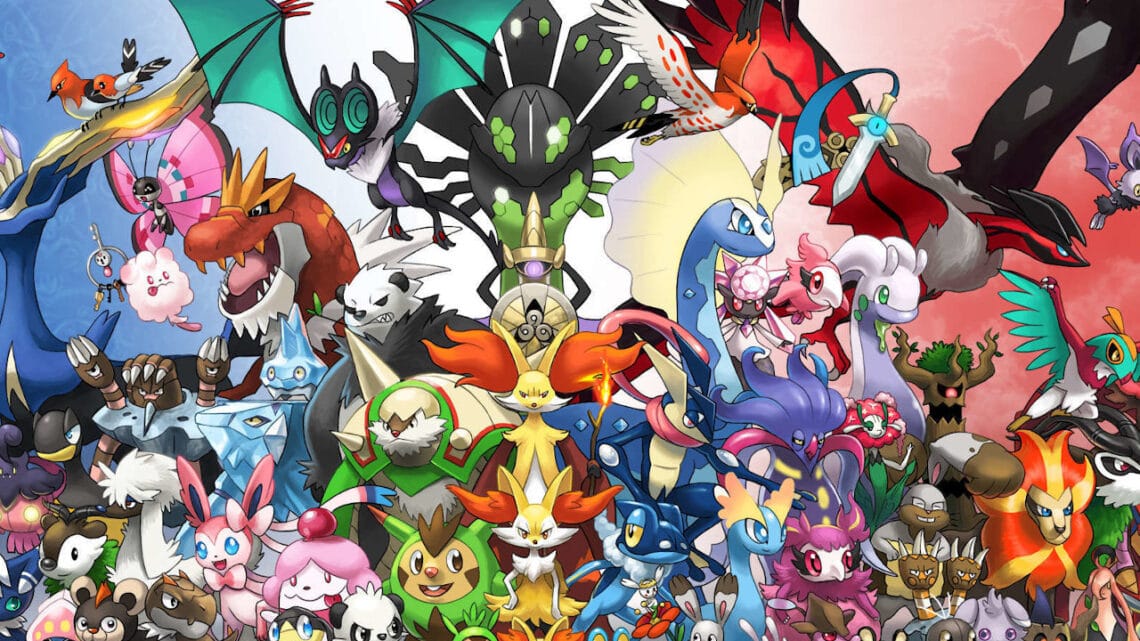 Pokémon, Nintendo’s monster-collecting franchise is a staggering 20 years old this year. The first games dropped with 151 unique critters to collect, including iconic critters like Pikachu and Squirtle. Those characters have become beloved among fans, spawning tie-in merchandise that has raked in billions. Further installments have introduced more and more pocket monsters for you to trap into balls and enslave. The total count is now up to 649 — a pretty staggering number. Each game sees a mixture of older creatures with some newcomers, requiring gamers to learn their interactions all over again.

Not every pocket monster is a classic, though. Once you’ve run through the good ideas (“electric mouse,” “kick-ass dragon,” “bird”), you have to start looking a little deeper for inspiration. As the games have gone on, that inspiration has come from some pretty absurd places, including ordinary household objects and delicious desserts. These are 11 Pokémon that probably should have stayed on the drawing board, but somehow got let out of their Poké Balls to plague the world. 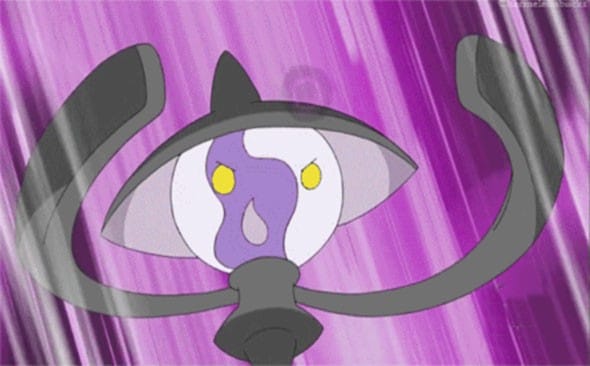 The majority of Pokémon are loosely based on real-life animals, just tweaking them enough to give them a variety of elemental powers. I guess Game Freak eventually ran out of animals, because they started modeling monsters after junk they had laying around the office. Enter Lampent, who made its debut in Pokémon Black & White. It’s a dual-type Ghost and Fire Pokémon that is a lamp. Sure, if you’re Brick Tamland from Anchorman this might be a good pick for you, but otherwise it’s just a weird reading light that eats souls. It’s evolved form, a spooky chandelier named Chandelure, is almost as goofy. 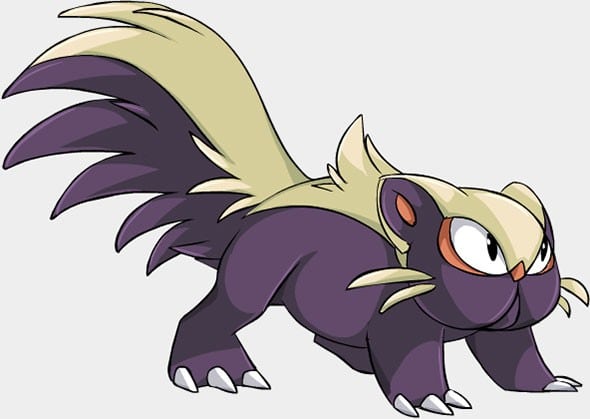 After the designers at Game Freak ran out of appealing lifeforms to use for Pokémon designs, they had to reach into the less salubrious corners of the animal kingdom. Enter Stunky. When first spotted in Pokémon Diamond & Pearl, this skunk-like animal was resoundingly dissed for its special ability: the power to blow clouds of noxious gas from its butt. There are certain things we don’t want to think about in our animal battling video games, thank you very much. The evolved form — Skuntank — is equally unpleasant. 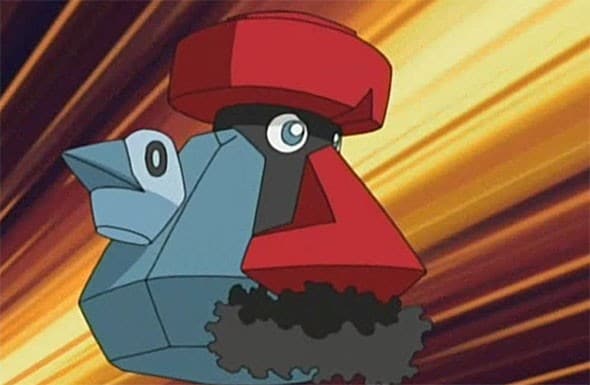 Usually, when you see a Pokémon you can pretty quickly guess what the inspiration for it was. That said, what in the heck is Probopass? It’s a statue of a dude with a big nose with a bushy mustache and two birds coming out of the side? This Rock-type Pokémon was first seen in Pokemon Diamond & Pearl, in which it was said to “control three units called Mini-Noses with magnetic force.” Those are the bird-things, if you were wondering. I guess some character designer saw a pair of Groucho Marx glasses and started drawing right after watching a documentary about Easter Island. 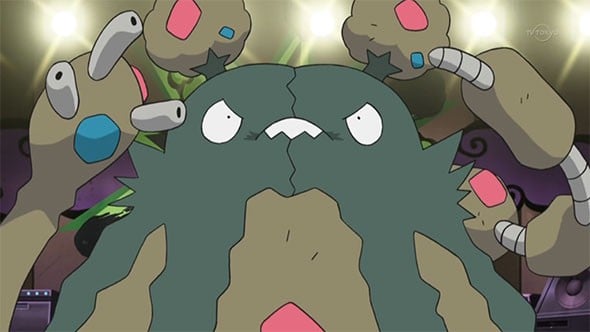 Don’t get me wrong: some of my favorite Pokémon are the unlikely ones, like Cubone, the skull-wearing “Lonely type” who battles foes with a shinbone. When they introduced Garbodor in Pokémon Black & White, though, things got a little too ridiculous. This Poison-type Pokémon is essentially a sentient bag of garbage with noxious smog-spewing pipes for arms. It evolves from Trubbish, a slightly smaller but no less absurd garbage Pokémon, and boasts the Stench ability that lowers encounter rates and makes opposing monsters flinch. 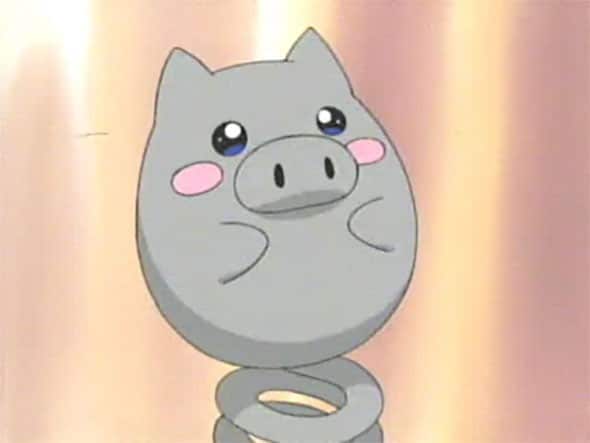 The first generation of Pokémon followed a pretty simple formula: take an existing animal or mythological creature and give it a little tweak. That worked out pretty well, but after a while the tweaks started to get a ridiculous. How else to explain the existence of Spoink, a pig-like Pokémon with a spring for a lower body? If that wasn’t weird enough, check this out: if Spoink ever stops bouncing, it dies. The motion of the spring keeps the little piglet’s heart beating. We didn’t make that up, and it’s incredibly creepy that the game’s designers made that canon. 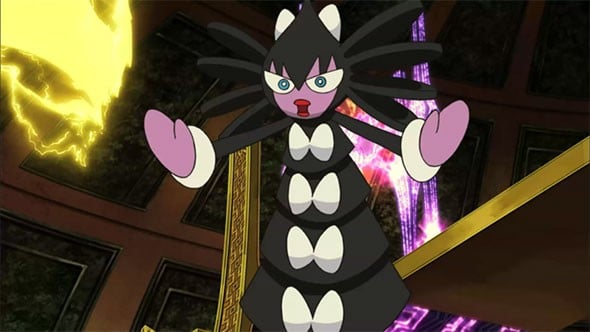 I don’t even know where to begin with Gothitelle from Pokémon Black & White. As you probably guessed from the name, this is a fighting monster based on the inexplicably popular “Gothic Lolita” fashion trend, where young ladies dress up like funeral parlor attendants crossed with Bratz dolls. Gothitelle is described in the series as an incredibly powerful Psychic type that can see the future, which is all well and good unless that future consists of hanging out at Hot Topic a lot.

What’s the best way to know when you’re running out of ideas for your fighting monster game? When you make one that’s essentially just a key ring. Klefki took its first bow in Pokémon X & Y to widespread derision. The dual Steel and Fairy type Pokémon has no evolutions, which makes sense; what would it change into, a doorknob? If you’re a completist (and what Pokémon player isn’t?), Klefki is the only monster that can learn a pair of moves: Fairy Lock and Crafty Shield. 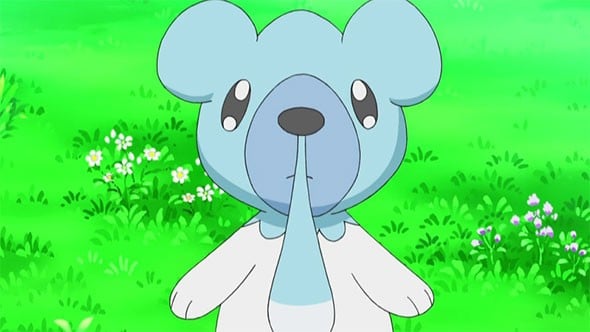 The ultra-cute art style of the Pokémon games makes even the most ridiculous monsters look merchandisable, but they didn’t pull it off with Cubchoo. First seen in Pokémon Black & White, this ice-type monster is a cute and cuddly little blue bear with a huge, wet booger hanging from its nose. The nasal mucus is the source of Cubchoo’s power, as it inhales the snot and then breathes it back out to launch attacks. Thankfully, once it evolves into Beartic the health hazard goes away. 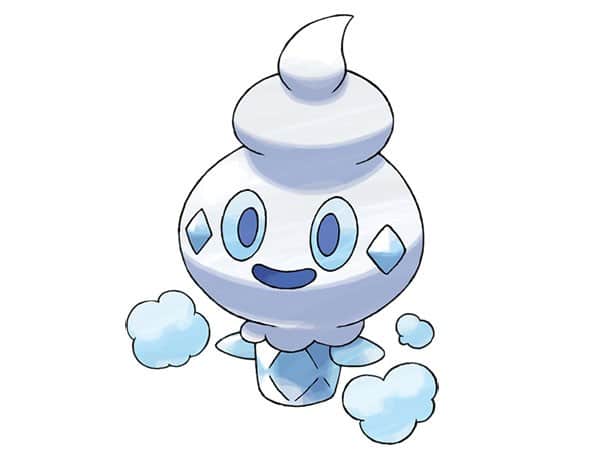 I don’t even know what to say about Vanillite. Just when you think Nintendo and developer Game Freak have hit the nadir, they come up with something even worse. Vanillite is basically a flying soft serve ice cream cone with a face, just waiting to be licked to death by a Snorlax. Eventually, this idiotic thing evolves into Vanilluxe, which is a soft-serve ice cream cone with two scoops. Wow, that’ll really make a difference in combat. Two scoops. 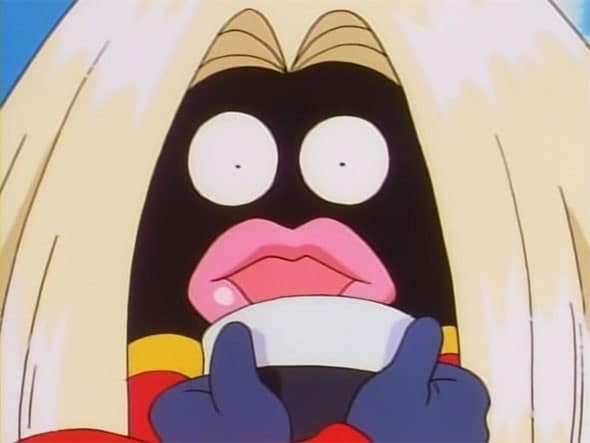 The first generation of Pokémon weren’t perfect, either. Case in point: Jynx, a dual-type Ice and Psychic Pokémon who showed up in the original games and kicked off a lot of controversy. The humanoid creature’s face and hands were originally jet black, which when paired with her full pink lips led some to protest that she looked like nothing more than a racial caricature. Later iterations of the game recolored her skin to purple instead, which wasn’t much of an improvement. She’s still the only Pokémon to have boobs, no matter what color she is. 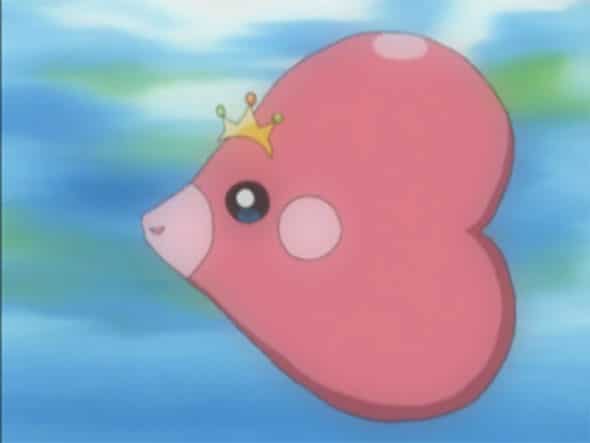 I saved Luvdisc for last because there’s really no Pokémon quite as absurd. The very first games had a monster called Magikarp that was completely useless, with no offensive moves. As we all know, though, if you somehow managed to level that fishy bastard up, it would evolve into the very powerful Gyarados. Luvdisc, which debuted in Pokémon Ruby & Sapphire, is a slightly more potent combatant, but that’s about all you can say for it. The pink flounder-like sea creature is a symbol of love and romance in the Pokémon world, which brings up lots of creepy thoughts right away — especially if you say its name too fast and mispronounce it.

There are, of course, many other insane Pokémon wandering around the Pokéverse; we have particular empathy for Sandile and the rough life it leads, evolving into juvenile delinquent Krokorock and eventually full-blown criminal Krookodile. For now, though, there aren’t many more ridiculous pocket monsters as a floating, sentient ice cream cone, some garbage, and a key ring.