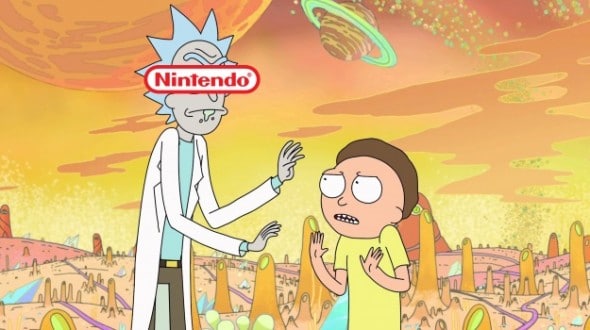 If you’re enthusiastic about video games, you have an opinion about Nintendo. You probably grew up with Nintendo. Your parents probably still use the word “Nintendo” to describe any video game system. The company shaped video games as we know them, but they still don’t seem to realize they’re a company that makes video games. Nintendo is our wacky scientist uncle who refuses to use email, but somehow built a freaking time machine in his back yard — a font of misdirected and strangely applied genius coupled with teeth-grindingly infuriating personality aspects that are charitably called “quirks,” because everyone who knows him likes him too much to simply call him out when he’s acting like a jerk.

Uncle Ninty, your inventions are strange and cool, but if you don’t catch up with the rest of us on some of the most basic things, we’re going to stop visiting you — and we’re not going to put up with your harassing the neighbors anymore.

The biggest problem Nintendo has is understanding that the internet exists, and there are many useful things on it that could help it out. Yes, the Wii U and 3DS have online functions and online stores and you can connect them to the internet and all that, but Nintendo feels like it’s a decade behind Sony, Microsoft, and Valve regarding anything that involves purchasing, downloading, tracking, or playing games online. It’s been like this for over a generation; even now, the 3DS and Wii U’s eShops still feel like they’re being offered begrudgingly by Nintendo, like an eccentric shopper dealing with a clerk who doesn’t want to deal with his jars full of pennies and demands he use bills or cards like everyone else in the store. 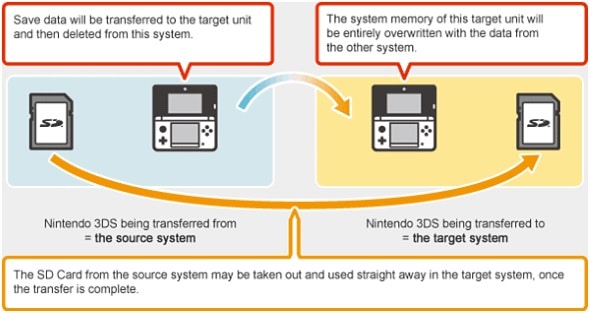 You want to transfer your games from your 3DS to your New 3DS XL? Hope you have time on your hands, because the way Nintendo handles this is by literally copying your entire system and pasting that system onto the new hardware, bit by bit. Cloud saving? Simple account-tracking and rights transfers? Reliable ways to keep the progress you’ve made after hundreds of hundreds of hours in your games, from system to system? Uncle Ninty the Mad Scientist has no need for these things, but he built a kick-ass wacky breakfast machine! Eccentric geniuses always have breakfast machines, even if they can’t find their keys.

Nintendo’s most recent bout of frustratingly out-of-touch online ignorance comes in the form of its ever-evolving but still archaic perception of fan content. The company has been hard on fans who want to record themselves playing, reviewing, and commenting on Nintendo games. Most recently, “Angry Joe” Vargas received a content recognition warning (a message saying that you cannot monetize this video you made, even though it’s like every other video you’ve made for years and have built a name and business on) on YouTube and said he’s reviewed his last Nintendo game.

I hope @NintendoAmerica enjoyed the free ad revenue & coverage I generated for em. It will be my last Nintendo video. pic.twitter.com/07797eA7W4

This isn’t the first time Nintendo has gone after YouTube reviewers and Let’s Players. The company has only begrudgingly started to offer a form of profit-sharing model in strict and archaic terms with these content creators; before a massive outcry, it was publicly against all YouTube reviews and Let’s Plays that use footage from their games and monetize it. Even now, the Nintendo Creators Program is, at best, wildly condescending to the hardcore fans who have been at the YouTube game longer than Nintendo itself, and whose enthusiasm helped keep the company prominent through some weak years.

Uncle Ninty, the delivery man might seem scary, but if you keep building booby traps to stop him, he’s going to stop delivering food to you, and you will starve.

The games are made by Nintendo, but the videos are made by fans. Specifically, they’re made by enterprising fans who have contributed to the gaming community. People watch Let’s Plays and video reviews because of the entertaining and informative aspects the personalities who create them add to the experience. Angry Joe isn’t a man who makes money by showing what video games look like. He makes money by providing an entertaining an informative take on video games.

Fans who put video game footage on YouTube aren’t pirates. They aren’t stealing money from Nintendo. They’re critics and entertainers. If they were putting up footage of games on their own without any personality or structure behind them, then it might be an issue. Of course, if they do that, they don’t get views or make money anyway. Nintendo fans don’t watch Angry Joe videos because he’s reviewing Nintendo games. They watch Angry Joe videos because of how he reviews Nintendo games. 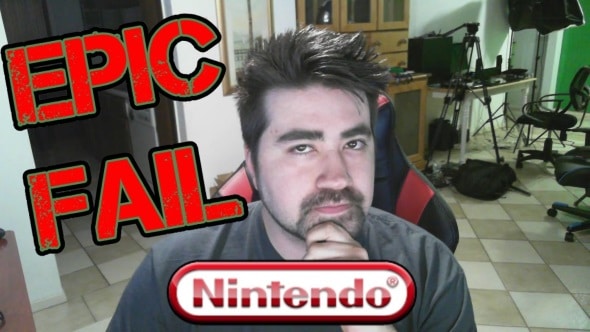 If you like a Let’s Player or video reviewer, you like them for what they add. Whether it’s the goofy humor and occasionally breathtaking gameplay incompetence of Game Grumps (Arin “Egoraptor” Hanson can beat Ninja Gaiden on the NES, but he can’t play Mario 64 to save his life) or the insightful sub-sub-sub-genre analysis and increasingly disturbing lore of the Super Best Friends (the story of Woolie Madden could be its own JJ Abrams sci-fi series), these guys provide a reason to watch outside of the games themselves. They put effort and their own talents into these videos, and they never pretend they made these games, or offer anything less than absolutely respectful credit to Nintendo for creating the games and shaping the industry itself. TotalBiscuit, Yahtzee, Markiplier, none of these people are selling rebranded Nintendo games as their own. They’re offering their own analysis, commentary, and humor (and their skill or lack thereof in playing these games) to make the games a much richer experience.

Nintendo doesn’t understand this, because it continues to not understand that it’s a video game company. This is a corporate culture thing, and it’s not some East-versus-West, oh-they’re-just-very-Japanese issue. This is because Nintendo still thinks it’s a toy company, and nothing more. That stubborn nothing-moreness is going to erode the massive, industry-defining goodwill and adoration it earned over the last 30 years. In 2015, Nintendo still thinks it’s a toy company that doesn’t need to react or respond to the rest of the gaming world. For at least a few decades, it has defined the culture so much that it has had at least some reason to think that. That’s not the case anymore, and the gaming community is quickly becoming sick of the company’s stubbornness.

Nintendo didn’t even look at Xbox Live, PSN, or Steam before putting together its online features. So, instead of a functional, comprehensive online service, it’s a poorly conceived mishmash that tries to reinvent the wheel as an icosagon. Nintendo didn’t bother looking at its now-adult, enterprising, and creative fan base before putting together its legal strategy. So, instead of offering recording and streaming tools like Sony and Microsoft have, Nintendo took the stance that its fans can’t make content based on its games.

It’s comparatively minor, but even Nintendo’s attitude with Amiibos has shown how out-of-touch it is with the entire gaming world. We’re four waves into the figures, and Nintendo still refuses to recognize that some might be very, very popular and more should be made available. Certain Amiibos are so rare that they’re impossible to find, and absolutely no effort has been made to respond to this demand with re-print Amiibos. Good luck finding Marth, Ike, Lucas, Shulk, Gold Mario, Lucario, Villager, Lucina, Ness, or Robin in any store, ever, for less than $50 to $280. Four of those Amiibos are the only ways to unlock the use of Fire Emblem characters in Code Name: S.T.E.A.M. An entire feature was built into the game that Nintendo has locked out for the vast majority of gamers because it didn’t even try to keep up with demand for its figures. Nintendo has literally botched the release of a bonus feature on a new game because it didn’t understand that people might want to actually buy its products. They’re just toys no one could possibly be enthusiastic about, so why bother trying to make enough of the characters people want, or consider re-issuing figures? Or even communicating clearly with retailers and consumers?

Then there’s the hilarious nightmare of the Wii U GameCube adapters for Super Smash Bros. Nearly everyone reading this who has visited a GameStop in the last six months can recall seeing stacks of Super Smash Bros.-branded GameCube controllers, but no first-party way to use them on the Wii U because the stores got so few adapters. It made an effort based on what it thought we wanted, but without any attempt to follow-through on it. Uncle Ninty didn’t think it through.

Adapters, Amiibos, online services, YouTube; Uncle Ninty needs to get his head out of his ass or we’re going to stop visiting him to see the latest fun and wacky invention he made in his garage. His creations can be charming and fun, but if he keeps making it a pain in the ass to come by, then the visit eventually won’t be worth it.

[…] are many complaints you can (and I have) leveled against Nintendo. They’re valid issues with the company’s attitudes on now-modern game […]