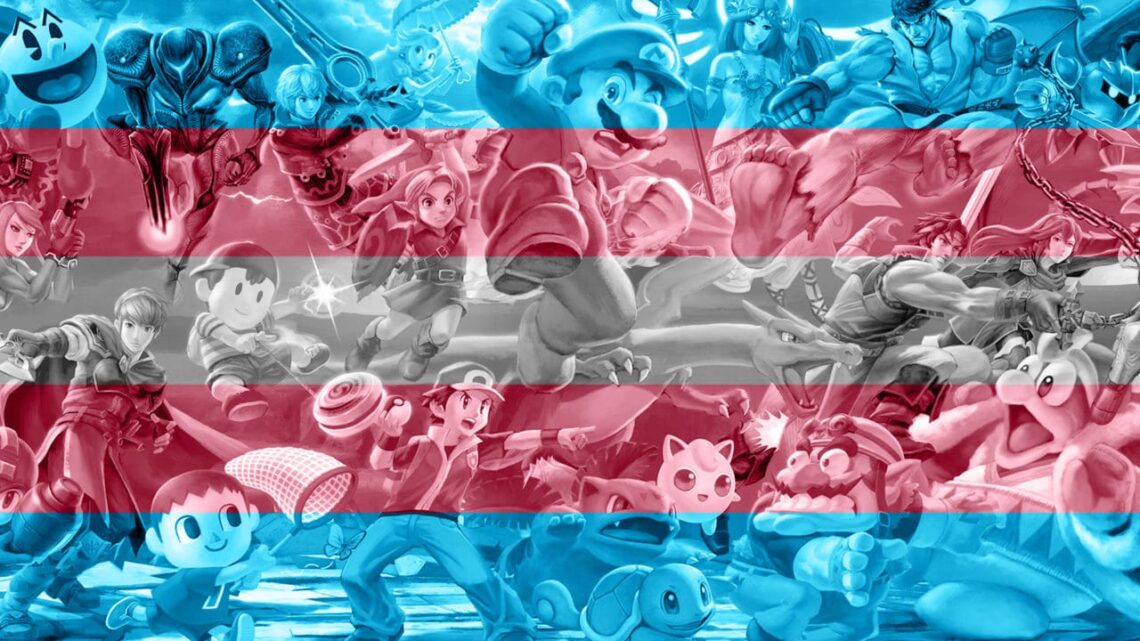 The game’s most recent update added the ability for players to design their own custom stages to do battle in, and the feature was immediately seized upon by the denizens of Tumblr and the ResetEra forums who used it as a medium to promote transgenderism by designing stages resembling the transgender flag, usually accompanied by the words “TRANS RIGHTS.”

Players who submitted and shared these levels were handed 9-hour suspensions. Similar bans were issued to players who posted designs featuring sexualized imagery, the Nazi flag, and caricatures of the World Trade Center being struck by planes on 9/11.

OneAngryGamer reports that a user named WarmSafflina was the first to make an issue of the bans, writing that “Nintendo has, in their infinite wisdom, decided that this stage featuring the trans flag violates their TOS.”

In what way is the trans flag and the title "trans rights now" inappropriate and/or harmful, @NintendoAmerica?

Other users made the same complaints.

Safflina informed their readers of their correspondence with a Nintendo customer support representative, who informed them that Nintendo intended to remove every design related to politics.

I have reached out to customer support. The exact reason it was taken down was because it is considered a “political statement”. According to their records, my account was also suspended for 9 hours.

“The supervisor told me they personally don’t agree with the ruling, and recommended I and others contact corporate, or visit the Smash support forums and leave messages that the trans flag and messages of support for trans rights shouldn’t be prohibited.

“So, for now, BE ADVISED that the trans flags or messages in favor of trans rights and general supportiveness of trans people is capable of getting your account suspended or banned for being “political”.

ResetEra, the far left extremist gaming forum, ran amok with complaints about the studio, with many complaining about the apparent censorship of political messages they supported. The forum was previously responsible for leading a campaign against Nintendo for its inclusion of the character, Mr. Game & Watch, in Super Smash Bros Ultimate for its supposedly “offensive” depiction of Native Americans.

Nintendo of America’s former president Reggie Fils-Aimé has gone on record to state that the company does not wish to promote political messages. “Making political statements are for other people to do. We want people to smile and have fun when they play our games,” said Fils-Aimé in an 2017 CBC interview.

Trans activists refuse to accept Nintendo’s policies and have responded by creating many more infringing stages. 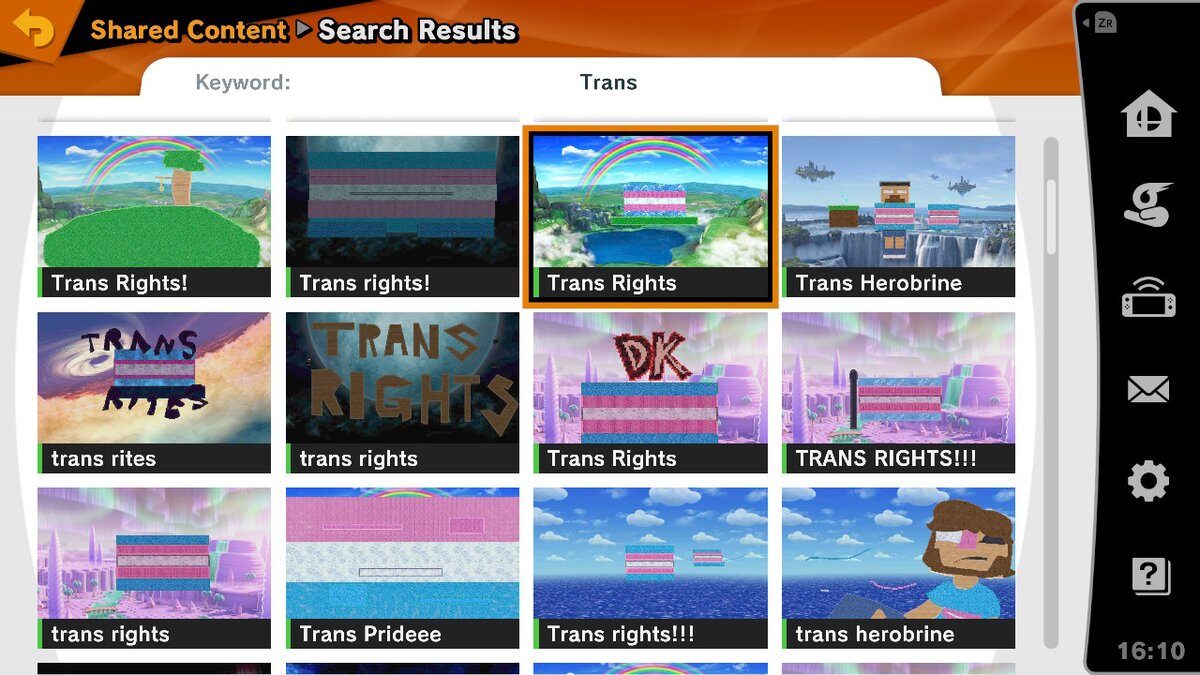 Nintendo: Trans Rights is a political statement and violates the code of conduct.

keep politics out of gaming and everyone is happy.

Its just a game, i feel people take video games to much like real life as they as supposed to be fantasy and things we wouldn’t regularly do on a day to day basis.