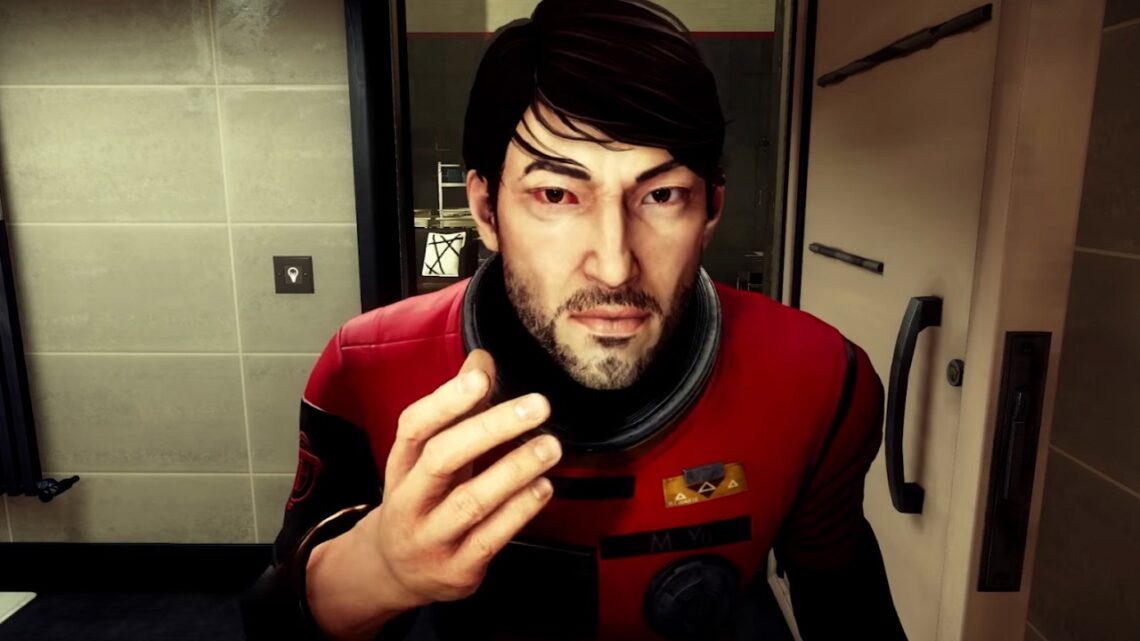 Repetition has always been a part of games. Historically, it’s been used as a way of penalizing players for failure – die and you’ll have to do this section all over again – or to artificially stretch out the length of a game, through grinding or backtracking. But repetition can be used as a design tool and one that, as a few recent games have proved, can be surprisingly versatile.

A recent example is Arkane Studios’ Prey, which opens with a mundane scene. You open your eyes, fumble for the alarm on your bedside table, and squint into the morning sunshine. This is your apartment, and you’re late for your first day of work.

The apartment is crammed with little details, but they never distract from the most important, memorable thing: the view. One wall is dominated by a huge window, looking out onto a faintly futuristic cityscape. A helicopter buzzes past, flickering the sunshine. There’s a balcony inviting you to step outside, but you can’t.

Instead you have to walk out the front door, into a hallway containing with a wrench-wielding NPC with limited lines of dialogue, a bunch of locked doors and an elevator. It’s 1998 all over again. Oh well, on with your day: a helicopter ride to the office, into the test chambers… and something goes wrong. The scientists behind the glass are attacked by a headcrab-looking creature, gas fills the room, and your world goes black.

And you open your eyes, fumble for the alarm on your bedside table, and squint into the morning sunshine.

Everything is the same, even down to the date on the alarm clock. Until you rush out the front door again, and into a horror movie. The lights are flickering on and off, the NPC lies mutilated on the floor, and there’s a wall where there used to be more hallway. A voice in your ear tells you to get out of the building. Sure, but – thanks to the newly-spawned wall – the exit you’ve previously used isn’t there anymore.

With the wrench now in your hand, you remember that view, tantalizingly out of reach. You walk towards it, press the attack button… and the world falls away. Behind the glass is a dark hangar-like room, reminiscent of the soundstages where they film TV shows.

Prey extends the reveal by letting you explore the soundstage and see the trickery that went into this miniature Truman Show. As you walk around, you find out what’s behind all those locked doors: nothing.

How the elevators really work: the doors close, hiding the walls outside as they reassemble into your destination. The helicopter ride: a theme park ride, pulled off with more screens and a few pistons.

These all make for impressive set pieces, but it all works because you spent the first 15 minutes settling into this life. The next 15 minutes are a replay of the exact same beats and spaces – hallway, elevator, helicopter – but shown from their opposite side, creating an effect that cuts much deeper than a single shocking twist.

This opening isn’t representative of the rest of Prey, but there was another game released this year which sticks with a similar idea for its entire running time. The Sexy Brutale has you playing a party guest at a mansion where all your fellow revelers are being offed by the staff. You’re given 12 hours to save them all.

Luckily, every time the clock strikes midnight, it winds back, and you’re shown the same title card. “Saturday.” You wake up next to a grandfather clock, and rub your eyes as a tannoy announcement informs you the party will start at seven o’clock. These are the game’s answer to that Sonny & Cher-playing alarm clock from Groundhog Day, a repeating motif that underlines the fact that you’re stuck in a time loop.

Just like Bill Murray, you slowly build up the knowledge and skills needed to make the day go the way you want. Unlike Bill Murray, your end goal isn’t getting off with Andie MacDowell but averting the string of murders which happen, as regular as actual clockwork, throughout the day. These become the landmarks by which you navigate. The four o’clock one-gun salute, the sound of shattering glass, the lights flickering out briefly at 10. Eventually, you’ll stop them all.

You can’t intervene directly, however, and so you have to follow the victim and the murderer in turn, tracing their movements and listening in on their conversations until you see an opening. The first puzzle involves the aforementioned shooting, so you rewind and try to get to the murder weapon before the killer does, swapping out the bullets for blanks.

The Sexy Brutale is at its best when these solutions require multiple run-throughs to piece together. Crucial information is revealed too late to be used this time round, and has to be combined with things you’ve stumbled on across on various other versions of this day.

In this way, it’s an inversion of the Hitman games, where you’re encouraged to return to the same level over and over, gathering opportunities and ideas for murder like a homicidal Katamari.

This was really highlighted by the most recent Hitman’s episodic release schedule, which delivered a single location every month or two, giving players time to really wring out every possibility. Last time you slipped poison into the target’s meal, but this time, maybe it would be more fun to snipe them from the tower across the way. And what about that stuffed moose you spotted hanging from the roof on your way to the kitchen?

In fact, it’s not dissimilar to the way that repetition functions in practically every game you’ve ever played. When a day ends in The Sexy Brutale, any items obtained are lost, and any interactions you had with the world are undone. As with the fail-state in everything from Tetris to Dark Souls, everything is reset – except you, the player.

Existing outside of the game, you’re able to retain knowledge, both in terms of what you’ve seen and the ways you’ve improved at interacting with its systems. A better cinematic comparison, perhaps, is Edge of Tomorrow (also known by the considerably more apt title Live. Die. Repeat.) in which Tom Cruise learns, through endless repetitious practice, to game an entire battlefield and overcome seemingly impossible odds.

Many games play out this same loop on a much grander scale by offering a New Game Plus. These modes take you back to the beginning of the game, often cranking up the difficulty but letting the user hold onto the items or abilities they’ve collected in-game as well as their external experience.

Pushing this idea to its logical extreme is Nier: Automata, a sci-fi action roleplaying game which casts you as 2B, an android badass battling robots on a post-apocalyptic Earth with the help of her chirpy sidekick 9S. Once the credits have finished rolling, a message pops up “highly recommending” a second playthrough of the game.

In the tradition of New Game Plus, this isn’t so unusual. But when you begin the game again, you’re greeted by a completely different opening scene. After a brief fake-out which has you controlling one of the bumbling robots you spent the last eight hours slaying, the camera pulls back to reveal that this time out, you’ll actually be guiding 9S through the same set of events you’ve already played.

The factory level that follows offers wildly divergent experiences for each character, not least because 9S introduces a mechanic only briefly glimpsed in the first playthrough: a hacking mini-game that resembles an old-school bullet hell shooter. On top of that, though, the two characters take very different routes through the level.

As 9S zips through tunnels in one of the game’s flight units, he chats with his new comrade over comms. These are conversations you heard many hours before, hacking and slashing your way across the factory’s walkways as 2B. It’s a very strange and slightly transcendental experience, holding two versions of the same events in your head simultaneously as you play.

From there, the characters’ experiences dovetail much more closely. With the exception of 9S’s hacking ability and the occasional interjecting cutscene – which switch perspective even further to show you chats between your floating gun-bot drones, or what the bad guys get up to when you’re not around – you’re left playing the exact same game from a new angle.

Slowly, you grow accustomed to this like-for-like repetition… until near the game’s end, when a story beat separates the two characters again. This serves up another set of divergent experiences, revealing vital plot points which cast the final scenes in a new light.

Repetition is effective because it lets the game establish a pattern. Human brains naturally seek order — so when order is broken, it makes an impact. At most it changes everything; at the least it can show a different side of the same story. That’s the secret of repetition: it’s not really about things staying the same, but about what can change with each go-around.