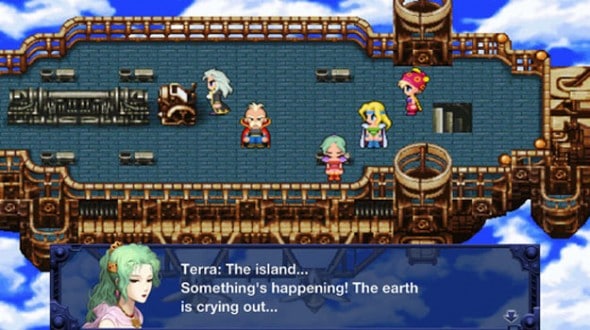 If you’re aware of the much-maligned Final Fantasy XIII trilogy, you most likely know that Square Enix’s console efforts have fallen far below the bar the company set for itself with its classics. However, if you’re an avid mobile gamer (or toilet gamer, which is basically the same thing), then you’ll know that Square seems to dominate the mobile gaming scene. Square Enix knows that too, and that’s why the company announced that it’s now shifting its main developmental focus from console games to mobile.

Using the 2007 release of the original iPhone as a point of reference, Square Enix has been involved with the release of over 70 mobile games in North America alone, and that number greatly increases if you count titles only released in Japan, as well as those released before the iPhone. In a new financial report, Square Enix has revealed that the company experienced a 49% growth in profit in the year ending on March 31, 2015, even though it released fewer console games during that period. The growth was mainly attributed to Square Enix’s mobile catalog and its MMOs.

In the report, Square notes that it feels the gaming industry is changing as smartphones and tablets become more prevalent. Meanwhile, it claims the console industry is becoming “increasingly competitive” and “oligopolistic,” or dominated by just a few companies. Yes, Square used to be one of those companies, but efforts like the three Final Fantasy XIII games certainly didn’t help secure Square’s seat atop the industry.

So, instead of figuring out what’s wrong with what helped build the company, Square is doubling down on what its doing right. Financially, it’s a good move, and surprisingly self-aware for a company that seems to have its fingers plugged firmly in its ears. Some of its mobile games are actually pretty good (despite their lack of narrative on par with, for instance, earlier Final Fantasy games), and the company isn’t bowing out of consoles entirely just yet. For now, though, if you want the best Square Enix experience, you’re going to need a smartphone or tablet. It’s sad to see Square shrink away from the games that made it a legendary game developer, but nothing gold can stay, and Square needed to change or get going.