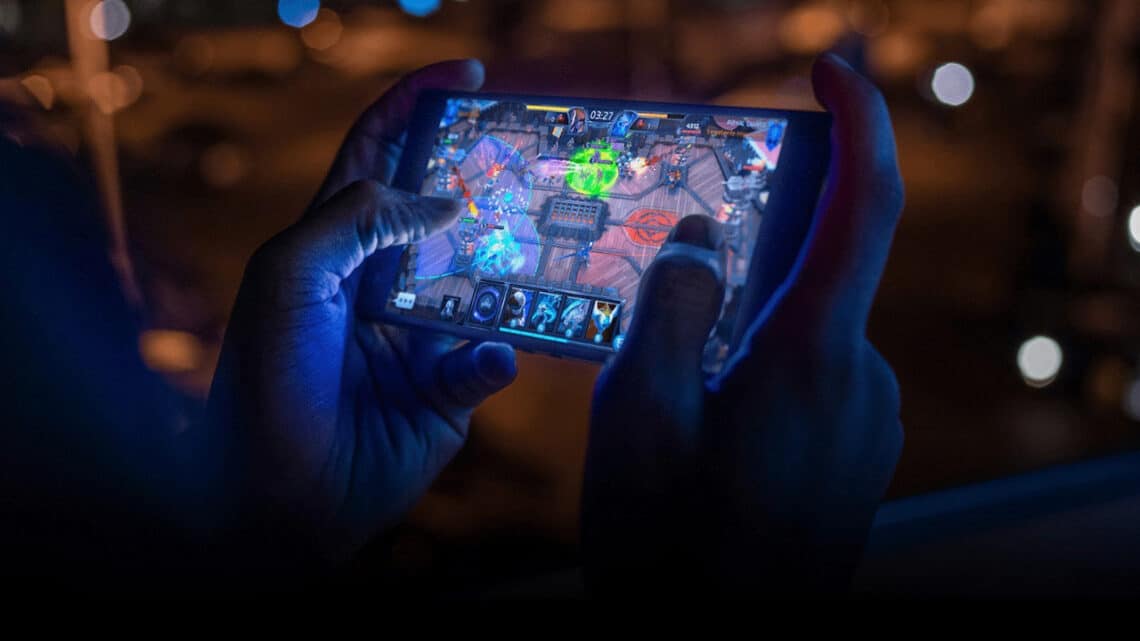 If you are a gamer you probably think having a high-end PC is the only way you can enjoy gaming — “PC master race” and all that. A device you keep in your pocket will simply never beat a PC in terms for sheer computing power and the things that can enable for gaming. Yet there is a surprising amount of reasons to be playing more mobile games, and here are eight of them:

In terms of numbers, mobile gaming dwarfs all other platforms by a significant margin. There were over three hundred thousand games available on the Google Play store, with over 20 billion downloads in 2019. Popular titles, such as subway surfers and Angry birds have insane download rates that would blow any aspiring developer’s mind. The same can be said of the Apple app store where games take over 40% of apps being published on the app store every year.

Having an advantage in quantity and variety is always good for any gaming platform, and mobile gaming has it and much more. It means you will always find something that you like, and it will probably be free or dirt cheap. Yes, playing more mobile games does indeed save you money in the short and long term because most of them are either free or low-cost.

Additionally, mobile games are relatively easier to make and publish, meaning they attract more indie and local developers. This partly explains why there are so many games on mobile and so much variety. As opposed to other platforms, you can find a mobile game for practically anything imaginable and in any language, market, or genre. On the flip side, bigger budgetary requirements and demanding entry requirements mean less variety, volume, and localization on the other platforms (PC and console gaming).

Mobile gaming enthusiasts will always cite convenience as the reason why they play on mobile. It might seem obvious and trivial, but having your favorite titles with you wherever you go is awesome. You can play them on the plane, on your way to work, in bed, out in the yard, in the bathtub, and pretty much any time you are free and feel like playing.
Some mobile games are also meant to be played while on the go to encourage physical exercise and social interaction. Examples include the insanely popular Pokémon Go series, Superhero Walkout, Ball Strike, among others. So yes, mobile games are good for your health — a fact that has been proven scientifically- which also brings us to the next thing you are missing out on.

Several studies have linked playing some mobile games to better mental health, increased thinking capacity, better physical health, and problem-solving skills. While some of these can be found on other gaming platforms, it has been found that they are more pronounced in mobile gaming. This could be attributed to the limited time you spend playing on mobile as compared to pc and console games as well as the number of titles geared towards this niche (mental and physical wellbeing) in mobile gaming.

Here are some of the mental and physical benefits attributed to regular and controlled mobile gaming by experts:

Playing games like Lumosity, Elevate, Brain Trainer Special, and mobile versions of the popular logic based sudoku can help you improve your problem-solving skills. The convenience of having them on your mobile device also makes it easier for you to play and relax as compared to if they were sitting on your desktop computer or console. Play these games a few times a week to improve your problem-solving skills while having fun.

Feeling stressed, tired, or anxious? There are mobile apps made specifically for people having such mental health issues. Some help you to relax and forget your worries while others use scientific methods to relieve you of stress and anxiety. To relax and chill out, you can always turn to Candy Crush, Flower Reaction, Casanova, Home sheep Home, Drifting Afternoon, and Bejeweled. If you feel anxious and stressed, a game like Happify will help you feel better and get over those moments.

As mentioned earlier, there are mobile games made for those who want to engage in physical exercise even when they are out and about. For instance, you can get an app that counts the number of steps you take each day and give you a daily target if your smartphone has a GPS sensor. Alternatively, you could also pair it with wearable tech accessories for better results. Gamified exercise is a rapidly growing industry only available through mobile gaming, so don’t miss out!

It’s simply far easier to develop and publish mobile games as compared to PC and console games. This means anyone with an idea to share or something to teach can do it through a dedicated mobile game. Indeed, there are many educational games on the android and app store you can download for free or at a small fee. Examples of popular kids’ educational mobile games you can download today include ABC Kids, Duck-Duck Moose, Intellijoy, among others. Adults can also have fun while learning with titles like Speed Anatomy, Perfect Ear, Star Chart, and adaptations and variations on board games like chess.

It doesn’t take much to secure your mobile gaming setup as compared to PC gaming and other platforms. Aside from the fact that app store owners like Google scan the games on their platform, using a simple VPN for gaming will protect you from any threats that may exist. You can also use the VPN to improve gameplay as it improves ping rates and latency, mostly caused by data hogging apps and invasive ads.

For those who cannot afford the best gaming gear or a console, playing a mobile alternative of popular triple-A titles like PUBG provides the same experience. Why waste your time playing games on old hardware when you can enjoy a smoother and more secure experience on your mobile devices.

Mobile gaming is generally more social as compared to PC and console gaming. There are vibrant mobile gaming communities tied to games on different platforms. Just like mobile phones are made to connect people, mobile games are also made with the same goals. For instance, there are plenty of social games on Facebook that encourage players to interact and challenge each other.

More importantly, mobile games don’t need many resources to be played in multiplayer mode. Unlike PC and console gaming, where you probably need a microphone and webcam, most multiplayer titles on mobile don’t need this level of interaction. If they do, then you can always use the inbuilt mic and selfie camera for the same.

Developers find it easier to integrate the latest technologies such as AI and AR on mobile as compared to closed platforms such as XBOX or PlayStation. Indeed, some of the earliest AI and AR games first came on mobile before they were ported into other platforms. Think of games like Pokémon Go, Jurassic World Alive, Knightfall AR, and many others. These are all titles that you would be missing out on if you didn’t play on mobile.

Easy and cheap to upgrade

Unlike a PC or console, you can always buy or lease a brand-new smartphone if the one you currently own can’t handle newer titles. Console manufacturers take years to upgrade their products, and when they do, it often means breaking the bank if you want the shiniest new hardware in town. The same goes for PC parts manufacturers like NVIDIA and AMD.

At the same time, you can always buy a smartphone for everyone who wants to play, including the young ones, so you don’t have to keep on fighting over tv time or controllers. Mobile phones and tablets are relatively cheap and easier to replace as compared to consoles.

You don’t need to spend hours downloading, configuring, and getting the right drivers to play your favorite titles. It takes some patience and skills to get your games on a PC or console while mobile games are so easy to set up that kids can do it on their own. All you need to do is hit download, and your game will be ready to play. No messing with CPU clock speeds, calibrating screens, configuring on-game settings or downloading drivers.

There are many more benefits associated with mobile gaming not covered here. Dismissing the platform means you will probably miss out on many things and end up spending too much time and money on expensive PC hardware or consoles.