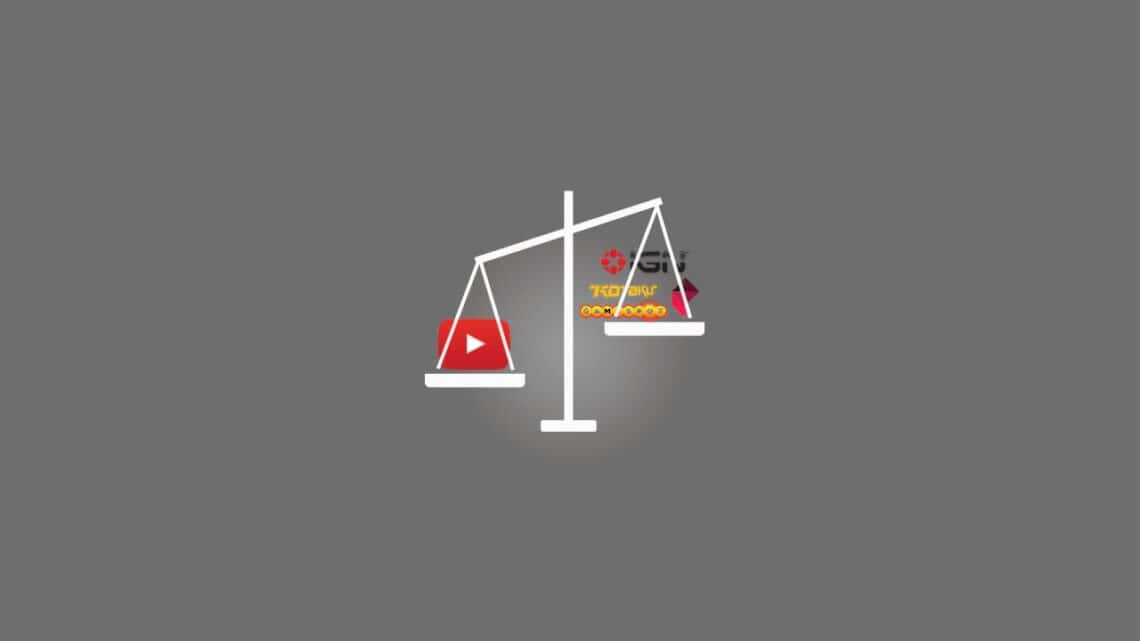 Another video is causing a stir in the gaming world, once again showing a shocking level of incompetence in the gaming press. A month ago it was a Polygon’s abysmal performance in their Doom demo (latest in a laundry list of bungles born of sheer incompetence), now it’s Gamespot and their inability to understand how PC graphics settings work.

Here you can see the dummies at Gamespot comparing Overwatch on the PC and PS4, coming to the conclusion that the PS4 looks better. Too bad the PC isn’t on the highest graphics setting, making the comparison absolutely useless. You don’t have to be some basement-dwelling computer nerd to understand that a $1,000 gaming PC is going to have better graphics than a $400 PS4. Yet these paid “professionals” can’t seem to figure it out.

This isn’t even the first time game journalists made a bafflingly ignorant statement against PCs. Here a bunch of IGN journos talk about how the Xbox One is so much better than PCs because you can record gameplay. PCs have been able to record games since before the Xbox existed.

Game journalists’ terrible track record has by some act of Idiocracy-esque degeneracy become a culture war wedge issue. After the Polygon Doom demo, liberal thought pieces poured out defending gaming media for their inability to play games and calling the “git gud” culture of gamers toxic, and (like always) dumped all over the same people they expect to read their articles.

What other type of journalists can be so ignorant about their subject matter and keep their jobs? Do we allow esteemed politics-focused sites to just not understand how primaries work and keep writing articles about them? And yet we have articles in Vice, NY Mag, and Forbes saying it’s all okay.

But who defends the completely reasonable argument that people who get paid to play games should know what the hell they’re talking about? The YouTubers of course. These lone wolves, answering to no man, have steadily become the most trusted sources in gaming news and commentary. While some game journos have become enraptured by identity politics and the church of Anita Sarkeesian, YouTubers like boogie2988, videogamedunkey, and TotalBiscuit have amassed huge followings by just talking about games without alienating the community.

Here’s the best example of out-of-touch journo vs YouTuber on the internet.

First you have a frail, panophobic Polygon reporter who’s supposed to be demoing a gun simulator but instead cries about how a gun at a relative’s house scared him as a child. When he fires the gun, his headphones are too loud and the noise makes him sad and uncomfortable. Boohoo, poor Polygon reporter and his sad life of playing video games that triggers him.

Then the video cuts to a YouTuber, confidently assembling the gun and then actually telling the viewer how the damn game plays! Wow, I actually learned about the gameplay mechanics and whether or not I would enjoy purchasing and playing this game. How revolutionary!

Another example of how pathetically out of touch the gaming media has become is this IGN puff piece on Anita Sarkeesian, the feminist game critic who often lifts game footage from YouTubers presumably because she can’t play the games herself.

The comment section erupted in flames, with many IGN readers declaring they had enough of IGN’s march to the left and were leaving to other gaming sites. One may see this vitriolic reaction to be nothing but misogyny. But one of IGN’s own comment moderators, in an act of rebellion, added the necessary context. 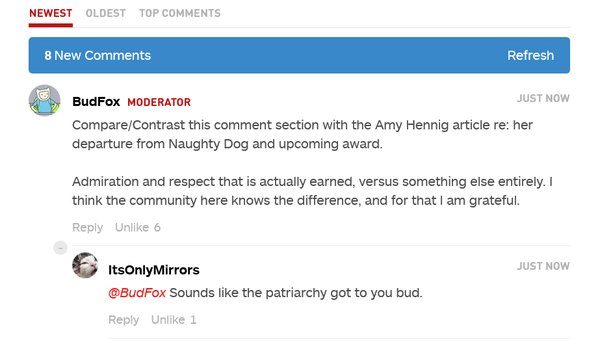 IGN commenters passionately mourned the departure of Uncharted writer and director Amy Hennig, who was instrumental in the success of the franchise. The difference is striking between the enormous respect toward someone who contributes positively to the gaming community to the contempt for whatever Sarkeesian does. But instead of listening to their readers, IGN will continue to publish this garbage.

And this is why the YouTubers and Twitch streamers have become so esteemed in the gaming community. They have to listen to their audience or die off. They don’t have a large institution to back them. Either they appeal to gamers or they don’t make money. They can’t declare that gamers are dead like much of the gaming press did in 2014. They can’t call their audience misogynistic haters — and most importantly they have to be able to competently play and talk about games.

If a YouTuber said consoles have better graphics than PCs, they would be dislike buttoned off YouTube. The fact that we live in a world where it is a political statement to say video game journalists who can’t play video games well should not be paid to write about video games shows the absolute madness of the modern culture wars.