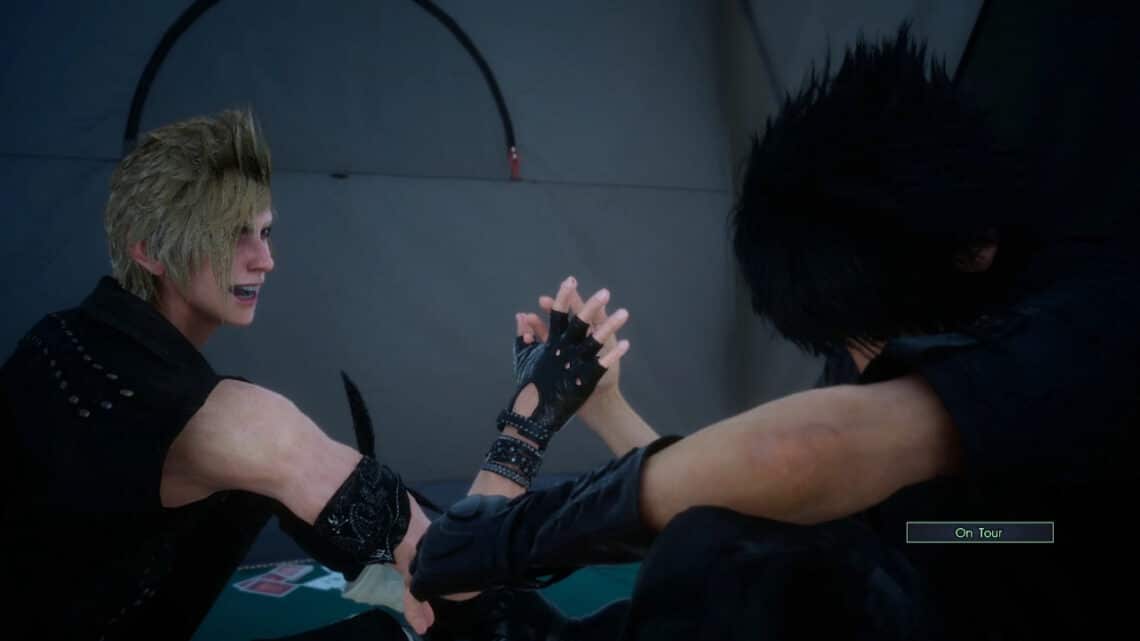 Final Fantasy is in the midst of a comeback… though of course one shouldn’t call it that. Final Fantasy XIII sold millions and Square-Enix has been doing gangbusters with its various mobile and handheld releases (and re-re-re-releases), but the series’ reputation took a steep dive after XIII and the original version of XIV left fans disappointed. Since then, Square-Enix has taken a rather odd decision for a studio of its size and pedigree and changed things up, making cuts and moving the people around in order to restore the name of Final Fantasy.

The key moment when everyone realized Square-Enix was listening to people came back in 2010, when Naoki Yoshida was brought in to fix the mess that was Nobuaki Komoto’s Final Fantasy XIV. It’s not uncommon for a studio to make changes behind the scenes, but it was almost unheard of to see a company very publicly admit that its game was a bit shit, its director had done a bad job and that it was bringing in a relative unknown to try desperately to fix everything.

The thing is, it worked. Final Fantasy XIV: A Realm Reborn is a very good MMO. And so, Squenix realized that the way to rescue the reputation of its flagship series might well be to bring in new blood. Even for the next traditional, single-player entry to the series. 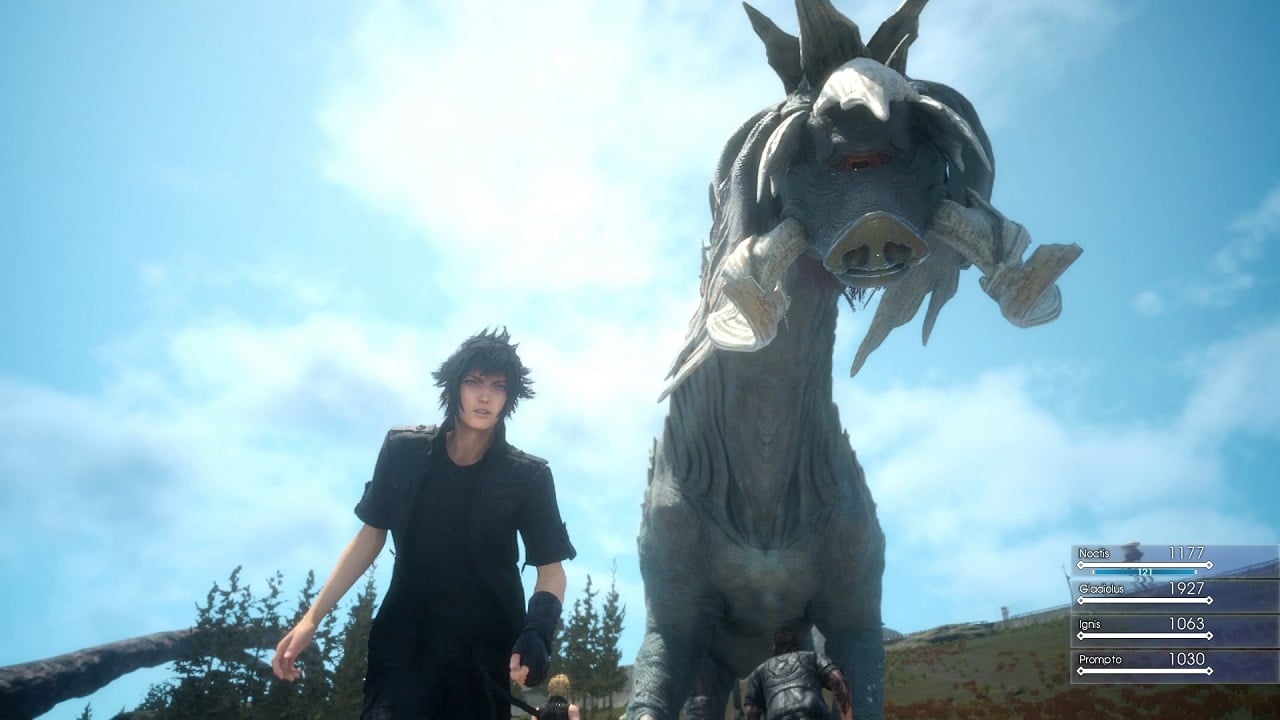 Tabata had ended up as the lead on the next main Final Fantasy. Once again Square-Enix was showing faith in its newer, fresher faces. The risk paid off with XIV. Are we going to see success again?

I can’t predict that. None of us can. But we can look at the approach Tabata is taking and see how it differs from what came before. First up, I’ve met Final Fantasy directors before, and not any one of them has spent the first couple of minutes of our meeting discussing who would win in a fight between me and his translator. (Through his translator, which made it awkward.)

Another difference is how the Motomu Toriyamas, Hiroyuki Itos and Yoshinori Kitases of the world all made their Final Fantasy directorial debuts with experience developing for console audiences firmly under their belts. Tabata told me how and why he got to where he is today: “I started developing for mobile platforms because I had a real interest in making games that were always there with you – that idea really interested me, similar to a lot of mobile phone games these days,” he said.

“Obviously at the start I really wanted to make mobile phone games,” Tabata continued, “But the projects I wanted to do would have required a spec that was just not there yet. So at that juncture I saw the PSP and fell in love with it, because it was a very high spec console (for its time) but it was still a mobile device, so I could still do these kinds of mobile experiences on there.”

He admitted that on beginning work with the PSP, it still wasn’t enough to make him happy. Tabata was drawn to the bigger experiences, progressing in his mind from small, always-with-you mobile games through more console-like handheld experiences and, finally, to the home console games he creates today.

“From my own perspective as a developer it seems like a natural progression,” he laughed, “But when you make a game things change and evolve naturally [in the creative process]. But certainly when looked at from the outside people might think I’ve made a bit of a strange transition: ‘you should be perfectly happy making smartphone games, what are you doing changing over immediately?’

“I can see it might seem a bit of a strange evolution to those who aren’t in the same situation as I was!” 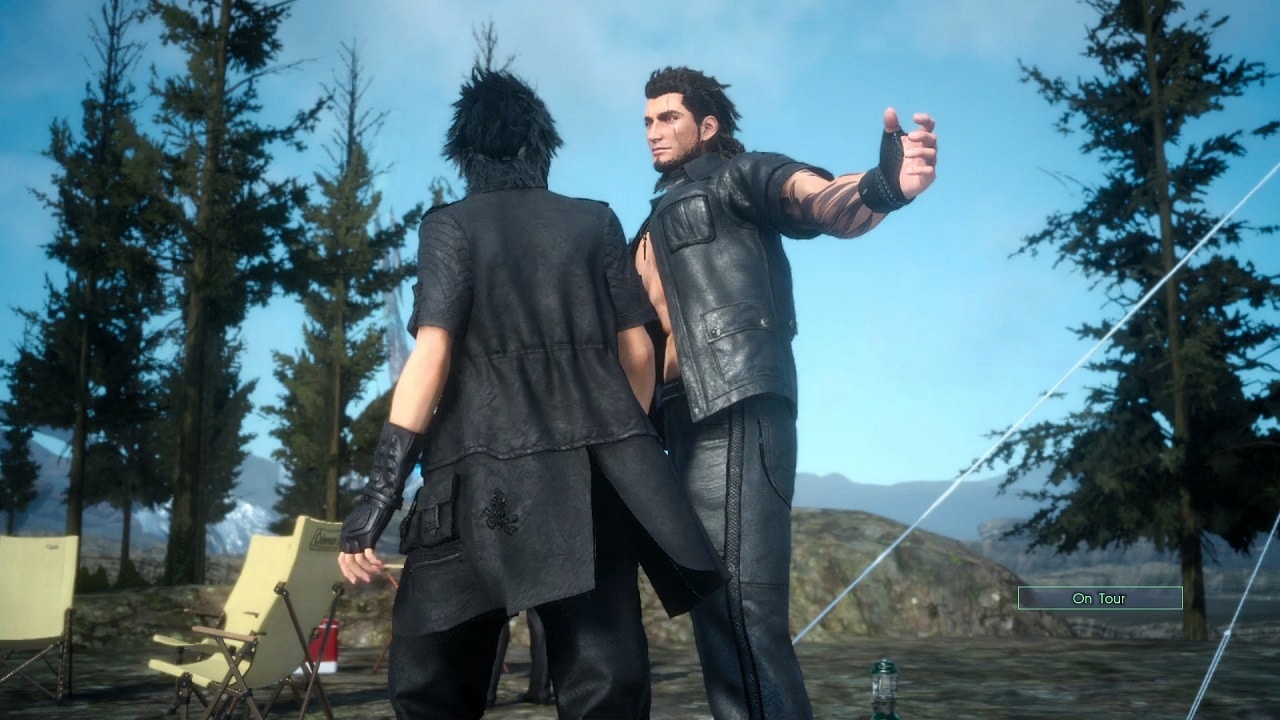 There’s another unique aspect to Tabata’s background, not just for Final Fantasy directors but for a lot of Japanese developers: the man loves his western games, with Half-Life 2 being a particular favorite.

He admitted to me that his personal taste would have some effect on the game – how could it not? – but laughed off the notion of FFXV, or any of his games, lifting liberally from the likes of Valve’s masterpiece.

“Obviously there’s games I just played and enjoyed as an individual,” Tabata said. “All these experiences and things I’ve played build up in you naturally and they are going to influence you in some unconscious way.” He paused, mulling the thought over, before continuing: “They probably are used in there, but there’s nothing specific in there that I looked at and thought ‘I have to put that in there and use it’.

“I develop games, and I really like the idea of believability and having convincing things in the games that could be real; convincing characters and locations, that kind of stuff. In that sense maybe my own personal tastes are quite in line with a lot of western-developed games.”

This approach – this ‘grounded fantasy’ – is something that intrigues me. It’s taking the very real, mundane world and imbuing it with something… well, fantastical. Tabata explained his team had been out and about in Japan doing field research, taking photos and studying the natural world for ideas and inspiration to include in Final Fantasy XV.

“We’re looking at more of those real life experiences and elements, trying to understand and use them in the game,” he said, “That’s necessary for this more ‘real’ style of fantasy. We don’t take photos and do research for every single piece of the game – we obviously don’t have time to do that! But it’s very important for the game to try to get those very real experiences in and see what the reality is, to incorporate it into the game itself. It’s an essential element.” 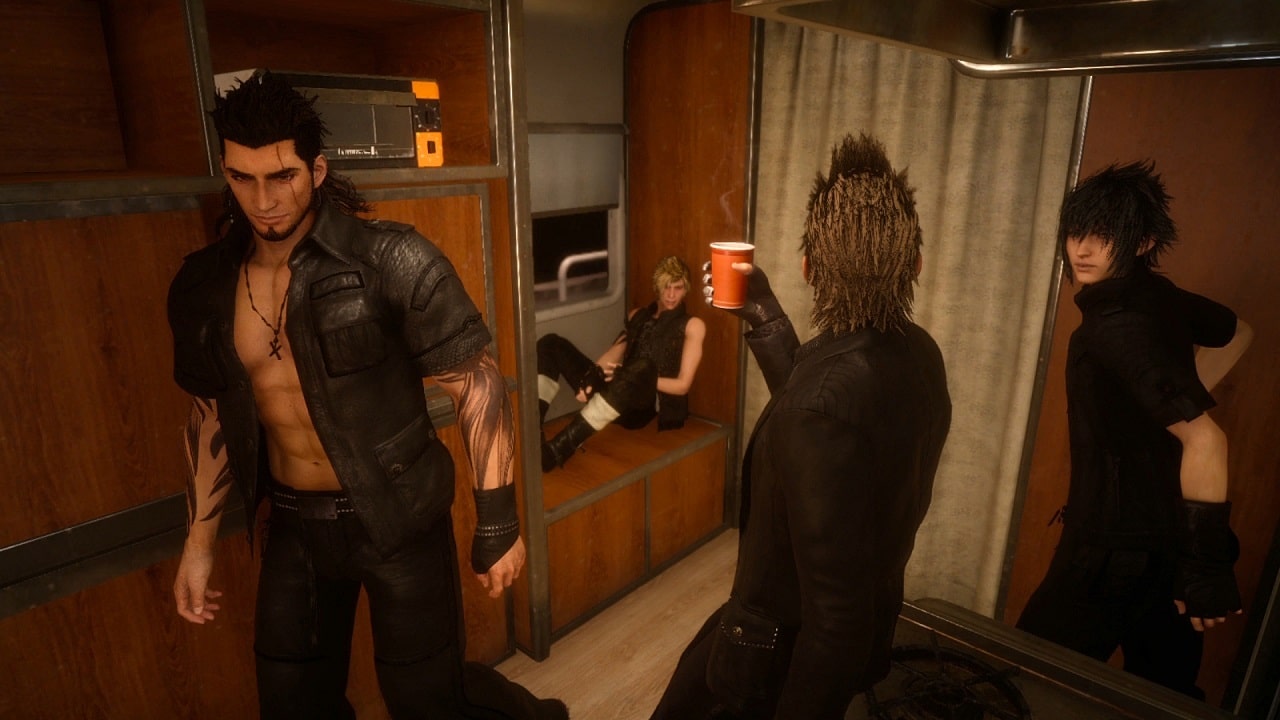 There’s been a sea change in the prevailing attitude at Square-Enix. It’s moved from a company that does as it pleases (and suffers the consequences) to a publisher that actually listens to its fanbase, to its developers, to the voices that matter.

Tabata embodies this spirit of openness and discussion; he’s a new wave of director at the studio, unafraid of interaction with the fans (and haters) of the world. In fact, just a day or two before I spoke to him, Tabata had been involved in a Reddit AMA for FF Type-0 and XV, something he admitted with a broad smile that he had enjoyed immensely.

But he’s no fool. Tabata and Squenix understand that just because people are asking for something, it doesn’t mean you should always listen: “I think with the spin-off Final Fantasy games the fan feedback might be a bit easier to deal with,” he said, “But when you’re dealing with the main series – the new numbered game – obviously there’s so many different opinions and demands and requests from the community, different people coming from different places… even people asking for the same thing, they might be coming at it for very different reasons and with different approaches.

“You can’t satisfy everyone all the time, so you have to think hard about it… The challenge we’ve set for ourselves is to do something new, and if we concentrate hard on that area I think people will follow us and generally get on board with it, rather than trying to keep everyone happy in different ways.”

Tabata is a keen comments reader and told me of his love of watching passionate debates (read: not arguments) unfold on the likes of Kotaku – which, yes, he did namecheck.

“It’s really good to see – for any game, but obviously for the one I’m making – those kinds of things,” Tabata explained, “Not everyone’s going to be positive, not everyone’s going to be negative, you see both sides of the coin and all kinds of reaction. It’s always good when people get into passionate debates about games, to see what’s going on there. I really do enjoy seeing that.”

But being involved in the community and open with your interactions can come back to bite you – and Tabata’s comments about Final Fantasy XV maybe including a ‘casual’ mode did just that. He winced a bit when I asked him about it. While the response took him aback, it doesn’t mean he’ll be holding his tongue in future.

“I personally can’t find myself holding back,” he laughed, “I just have to keep going on and doing it, making mistakes as I go along, realizing I could have said something better, maybe something could have come across a different way, apologizing for the mistakes I might make… but I’m just going to carry on getting out the information. That’s the only way I can approach these things.”

Tabata told me he thinks the expectations for Final Fantasy XV are colored by how long the game has been in development. It’s been nearly 10 years now, making for a lot of history and a lot of pent-up fanboyism just waiting to get out there.

“Because of that unique situation,” he said, “You really have to be honest with the audience – not just providing the positive stuff, but being honest about the development, what’s going on, where it is, what I’m thinking about it. If I use the honest approach of dealing with people and giving out the information, it’s just going to be the best way to do it.”

I had to ask him outright, though: people have labelled Yoshida as a savior, and the popular narrative is already pushing Tabata to be seen as one too. So… is he Final Fantasy’s savior?

“I’ve not saved anybody yet!” he laughed, clearly a bit uncomfortable with the label. “I don’t think I’m the savior at the moment, no. When I finally manage to get XV out the door, to see what comes from that, what that does for the company – that’s when people really see whether I’ve done my job properly or not. It’s not now, it’s all in the future when people can definitely say whether the decision of making me director was right or not.

“I think in Naoki’s case he really has resurrected an MMO that failed once – he’s the guy you could call a savior maybe, he’s proven himself in some ways.”

He’s only just released a demo, he said, so it’s a bit early to be throwing around praise. But he acknowledges his publisher is approaching things differently: “As a company Square Enix is doing everything it can to turn things around and continue to be successful,” he admitted, “If that gets across to the fans and the players, that’s all we can hope for really.”