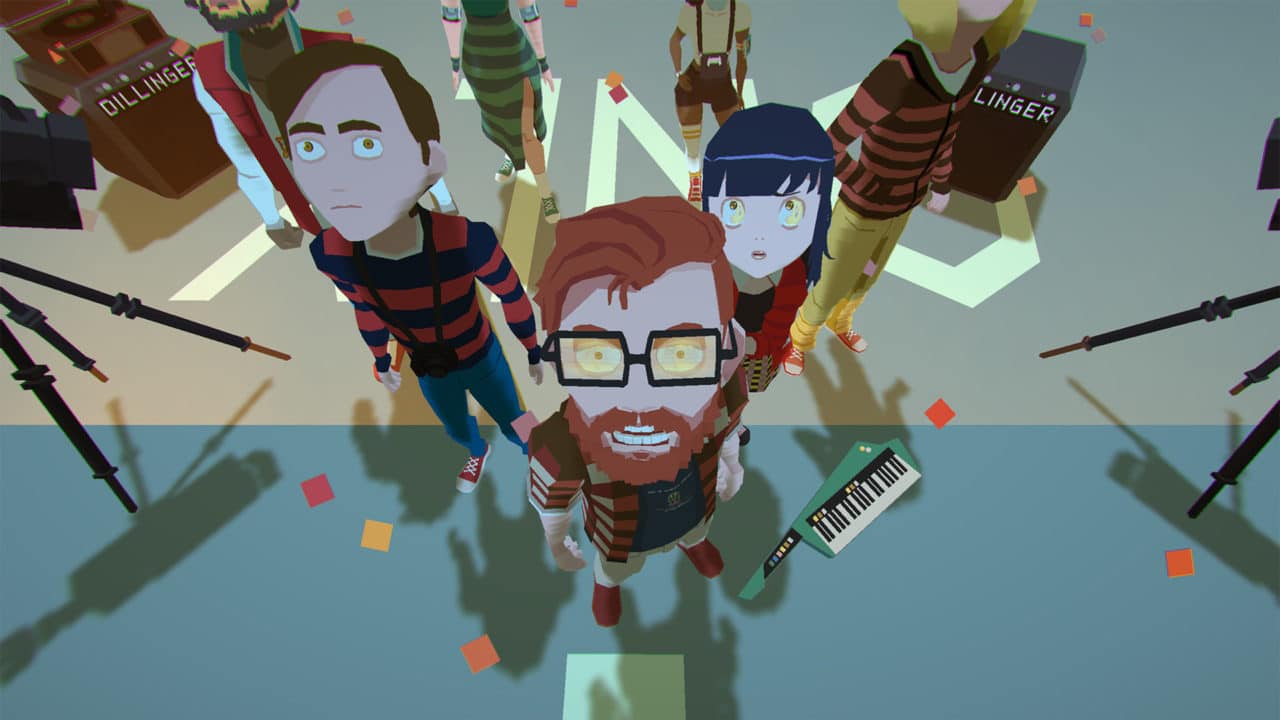 Andrew Allanson, the creator of YIIK: A Postmodern RPG, alleges on The Dick Show podcast that a far left campaign against his game is spreading pirated copies and attempting to get Nintendo to issue a cease and desist for the game’s homage to the late Nintendo CEO Satoru Iwata.

The campaign is also spreading accusations of transphobia because the game contains the question, “What name did your parents give you?” and a “That’s our word” joke uttered by the main character after someone uses the word ‘ginger’ is also deeply problematic.

The controversies being stoked by the genderbending activists has resulted in other developers deleting positive remarks made about the game, Allanson alleges.

Critical reception for the game, which was released earlier this January, has also been less than stellar. Its rating on Steam sits at an uncomfortable “Mixed” with only 58% of its 62 reviews having anything positive to say about it.

“They can’t create anything themselves, so they look to destroy shit. It’s that simple,” he said in the interview with Dick Masterson.

But that’s not the whole story. Allanson also expressed his frustration with right-wing gamers, who he says are after his game for its hipster-ish main character — a stereotype connected to social justice warriors.

However the game has found an audience with the gaming crowd on Ganker, who he says understood what he and the team “were going for” with the character. That’s not a particularly sizable chunk of the planet’s gamer population, but it was apparently enough to make the game a financial success within one week of release.

While the interview is from March, the YIIK controversy is now re-trending because of a viral image with an out-of-context quote attributed to Allanson expressing his dismay at gamers.

When you make a shitty game no one bought or likes. pic.twitter.com/lN5ryFUxSL

The full interview reads as follows:

“My mistake was thinking that video games are art. I wanted to make a game about a guy who’s a piece of shit unlikable character, who by the end of the game has to transform. But too many gamers, when they look at this, when they play a game, they’re so used to having to identify with the character, that if they play a game where the main character is unlikable or has to do some bad stuff, they immediately get triggered by it.

So, the thing is, games aren’t art. They’re toys for children and it’s considered in bad form to talk about anything meaningful, or impactful or thought provoking.”

As NicheGamer reports, the quote omits the sentence about those who feel entitled to being able to identify with the character. In full context, Allanson’s statement can refer to both social justice warriors unhappy with the game’s more “problematic” elements and right-wingers who dislike the character.

Allanson added that his intention with Alex was to create a sort of video game version of a Chuck Palahniuk novel with a protagonist players can’t easily relate to.

“I was trying to make the video game version of a Chuck Palahniuk novel, or a Haruki Murakami novel. To try and do something a little different y’know? But it turns out, everyone just wants Ayn Rand-ian written characters, where the main villain is like Wesley Mouch. You immediately know what to feel about each character.” […] When you make an unlikable character, people expect Sherlock Holmes or Dr. House.

They want flawed heroes, but only to the extent that they’re beautiful and intelligent and slightly Asperger-y. But they manage to be dicks to everyone and they get away with it because they bring some sort of savant-ism that saves the world. So if you make a character who’s just some hipster obsessed with the paranormal who hasn’t grown up yet and treats his friends like shit, people immediately feel- they don’t know how to process this.

But if you put it in a novel, people get it in a novel. But gamers are, y’know. I’m just gonna say though, this is not to say my game is above any criticism, like I know my game has problems, it’s not perfect, it’s my first 3D game I ever made.”

The problem with game like Yiik is that from all accounts—even from gamers who have no political alignment—is that it just isn’t particularly good. Apart from the setting, there’s nothing unique about it. It’s your typical Earthbound-like adventure game where you walk around an open environment, interact with non-player characters who spout lines at you with little substance to the missions they give you. And the combat itself is nothing to write home about—it’s turn-based and offers the most basic combat available, akin to Earthbound or the much newer Undertale. You see an enemy, you select your attacks, and so on.

But if being basic is a crime, then Yiik isn’t the only game guilty of it. Far from it: these titles are dime a dozen on Steam. Yet it’s managed to court controversy because of the way its main character is written. Alex is unlikeable, sure, but he’s unlikeable in that 2000’s hipster way. He’s not very politically correct. He cracks ginger jokes that veer dangerously close to being jokes about the dreaded word that got PewDiePie in trouble on a certain bridge in PUBG.

And its creator, Andrew Allanson, committed a much larger sin by being relatively unapologetic about his writing. He’s apologized for offending people, as one is expected to do when facing down a barrage of hate from a brigade of angry people on the Internet, but he remains adamant in stating the fact that some people, especially those who don’t create anything, just want to find things to be upset about. As he stated himself, quite clearly, these people can’t create anything themselves, so they look to destroy shit. It’s a good quote, and one that more developers ought to remember when they deal with hate mobs online.

As Allanson himself said, the game sold modestly well—making back the costs he’d spent on developing it over several years in the span of a week. The audience, that is to say, the gaming audience, wants a game that’s different from the rest, that dares to skirt the edges of political correctness and offer a story that’s more than the typical Randian hero story.

Yiik might not be the game he wanted it to be, and it might not even be close to what gamers expected out of it, but it’s a step in the right direction—to make video game stories offer the kind of experience you can only presently get out of novels. What better way to experience a Chuck Palahniuk novel like Rant or Fight Club than a game you can actually interact with and have a say in the decisions the character makes and the outcome of those decisions?

Gamers would do well to look forward to seeing what Allanson and his team at AckkStudios come up with next.With any luck, they might just make a game, controversial though it will probably be, that’s worth praising.