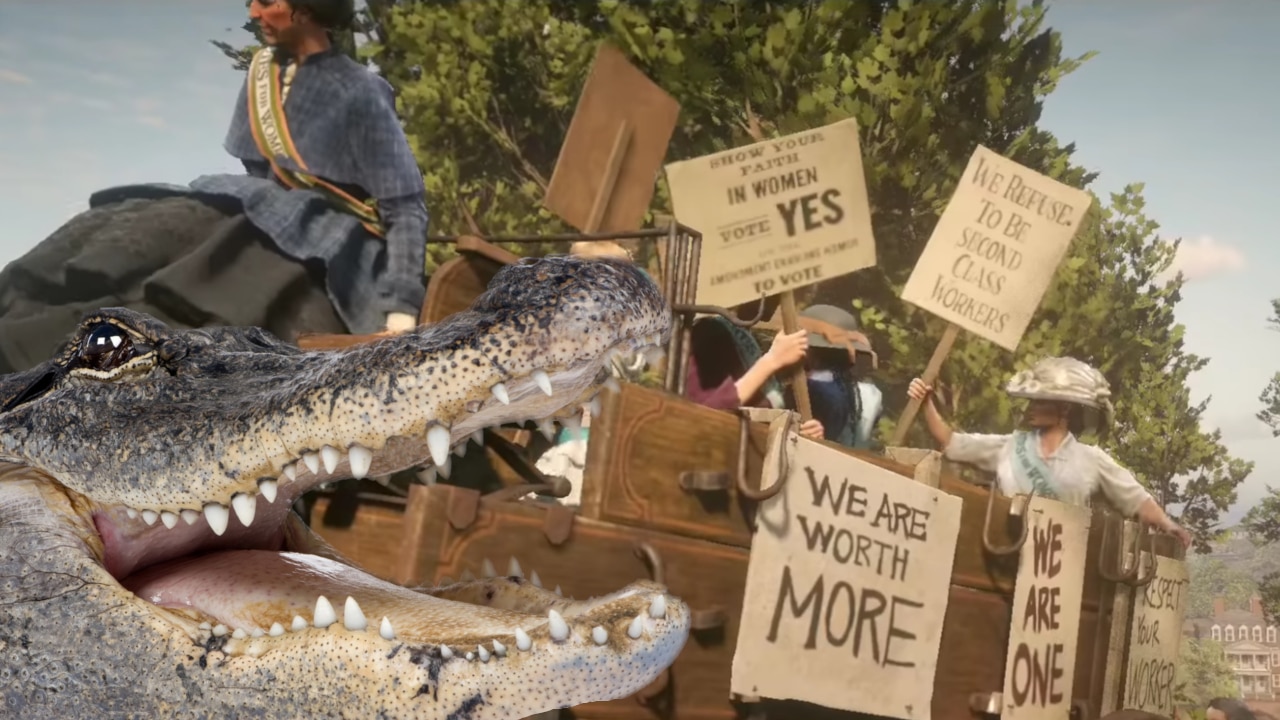 When Shirrako discovered an “annoying” suffragette in Red Dead Redemption 2, he thought it’d be funny to dispatch her in various creative ways and upload the clips to his YouTube channel about gaming. One of the videos showed his character using the cowboy game’s lasso to drag her to an alligator stationed outside town, which, it turns out, has a hankering for NPC meat.

The video went viral right away, and that’s not always a good thing. Shirrako was now on the radar of self-appointed moral guardians eternally peregrinating the social medias for things to be offended by — journalists — and, yes, they pounced.

VICE’s Motherboard vertical was the first to publish an article about the video, which they angled around some of the “horrible” comments left by viewers. “Every time I went to the tailor right there I had to listen to her yapping. Got fed up so I took her to lunch… except the only thing served was buckshot” wrote one viewer. Another opined that you could stretch the alligator feeding into a full AAA game and charge $60 for it.

“I know you’re probably expecting some political answer but the truth is it was simply a funny moment from one of my streams which I’ve decided to upload as a separate video. Not sure if it was intentional by Rockstar Games but the NPC is made to be rather annoying, when you try to shop for clothing in the game, your dialogue with the shop keeper keeps being interrupted by her shouting, so I simply wanted to shop in peace, I’m sure that as a gamer you’re familiar with these annoying NPC situations.”

He says that most people are aware that the videos were intended in jest, adding that while he didn’t agree with the sexist comments some users were leaving on his video, he didn’t wish to censor them for their views.

VICE’s piece, which was otherwise fairly balanced, then ends with a complaint about how video games allow someone like Shirrako to roleplay as an anti-feminist murderer and upload a video of his actions onto YouTube for profit, while providing others with a platform to talk about how much they hate women in real life.

The video also spawned a heap of other, far more outraged articles decrying Shirrako and the popularity of his video. Journalists attacked both the YouTuber and Rockstar Games itself for putting the feminist character in the game and allowing the player to attack her like any other NPC.

The Guardian, the newspaper once described by Elon Musk as “insufferable,” expressed outrage over the video, raising usual tropes about sexism in video games and the gaming industry, dredging up past criticism of Rockstar’s games, and even namedropping Anita Sarkeesian. The Telegraph called the result of the inclusion of the suffragette in the video game “depressingly predictable.” Newshub described the whole thing as “outrage over online trolls sharing videos of suffragettes being brutally murdered in Red Dead Redemption 2.”

And just like that, as tends to happen when ideology driven journalists set about their nasty work, his nearly 500,000 subscriber strong YouTube channel went poof. 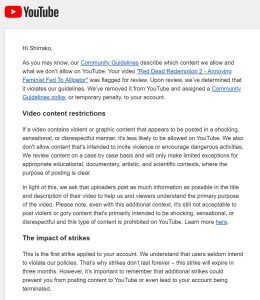 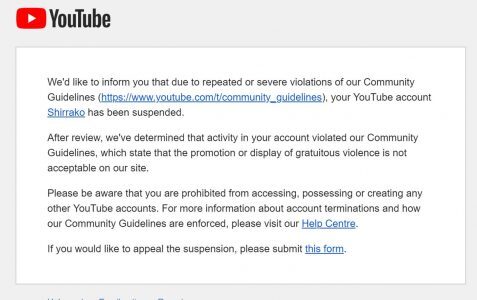 As Shirrako noted on Twitter following his suspension, he’d spent a lot of time killing many other types of characters in his videos, not just the suffragette, and those videos never got flagged. In fact, YouTube is full of far gorier video game murders than his humorous Red Dead Redemption 2 clips.

Then came the victory laps.

COGConnected celebrated the ban, stating it was a “consequence” of the video upload. The politically correct, perpetually-offended author called Shirrako’s videos “terrible decisions” sourcing the social justice gaming forum ResetEra, which was aflame with over

?t=353″>18 pages of complaints over Red Dead Redemption 2 and the YouTuber.

But all was not lost for Shirrako.

At some point the creator of Drama Alert, Keemstar, had caught wind of the fiasco and decided to do something about it. Keem is a major youtuber who has built a deserved reputation for using his connections to make things right when smaller creators get the shaft.

Keem’s high metric video appeal elicited a prompt response from YouTube’s “Global Head of Gaming,” Ryan Wyatt, who reviewed the review and decided that Shirrako’s videos should instead be age restricted.

Keem, thanks for your input. This was flagged this AM to me. The videos were re-reviewed, and we determined they should be age restricted, as they were not Community Guideline violations. The channel will be reinstated. All 8,000 videos will be rolled back to his channel.

Shirrako 9 hours ago reported that his channel has indeed been restored and all’s well again.

And will there be a Keemstar next time?

20 thoughts on “<span class="entry-title-primary">Youtuber banned after hilarious murder—of female video game character</span> <span class="entry-subtitle">Viral RDR2 video of feminist pixels being fed to alligator pixels was too much for YouTube in latest fiasco.</span>”