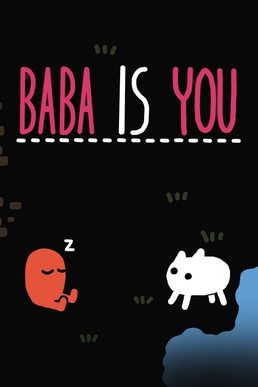 Why do people love this game so much, it's just the barrel from Carnival Night Zone. The game throws conditions you to assume things work one way, and then has the solution require something you'd never done before, like "weak" meaning background decorations, which previously had no means of actually interacting, are now lethal to whatever is weak. I've been trying to find explanations for why people like this kind of design, but even when acknowledging levels like that, the sentiment is that if the devs outright told you how each new mechanic worked, it would ruin the solving process. I've never really felt a deduction process in these solves, either, because any time I'm stumped it's always relying on a mechanic that was never previously introduced. In essence, it's like throwing the player into the hardest part of a Mega Man stage, in the tutorial, only you have to hold a third button to do something new now, instead of just jumping and shooting like you were used to.

I don't get it, why would knowing the rules ruin the game? Having played most of the Zachtronics games, knowing the rules should be the baseline for how a puzzle works. I get that Zach's games are essentially just low level programming languages, but I really struggle to see any sense of satisfaction in figuring these levels out. Especially since once you know the solution to a Baba puzzle, there's no real replay value to them, where as even the simplest Zachtronics game (Opus Magnum) is a joy to replay, since you can apply knowledge towards optimization.

Why do people even enjoy this puzzle game, when every bit of logic in it is crafted to specifically go against logical thinking.