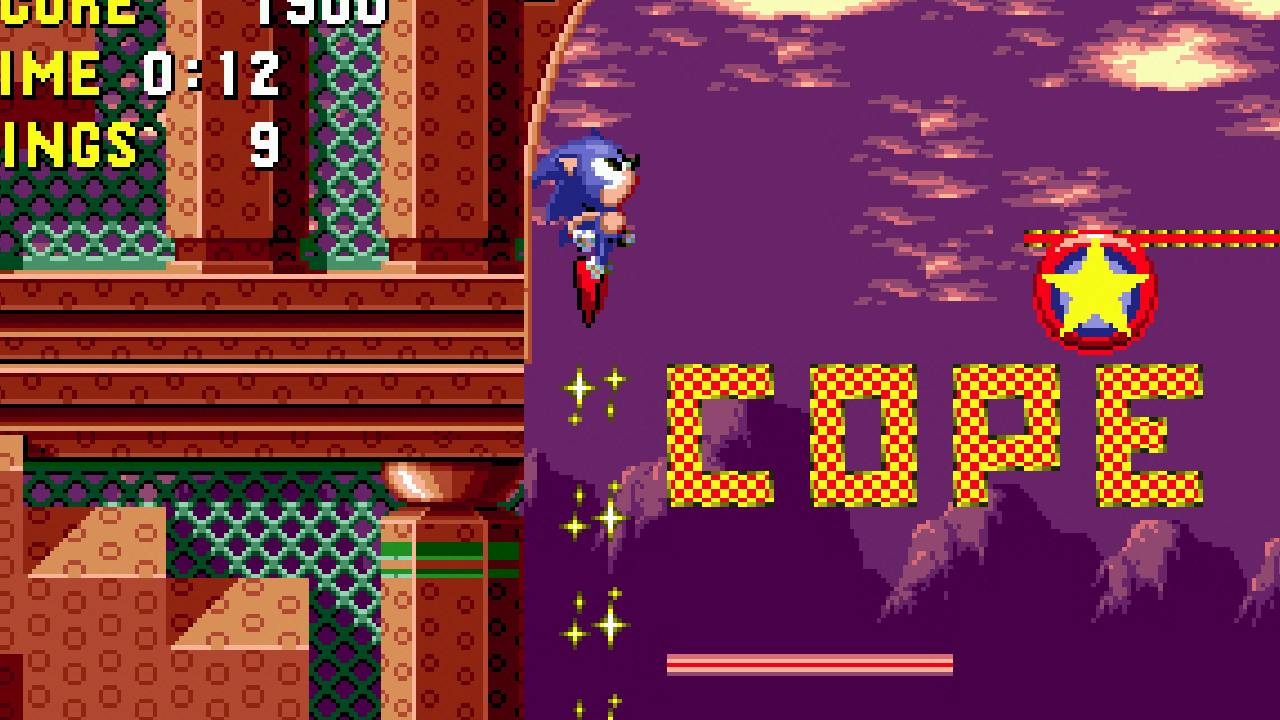 One of the most common complaints about the classic Sonic games, typically from younger gamers, is that they're too hard, especially immediately after the speedy first zones.

But the reality is that Sonic games aren't hard at all when put in context. Have you even played any other 16-bit platformers before? It's a hard pill to swallow, but the truth is that you're just bad at video games.

Let's take a trip back to the year 1992 when the much-anticipated sequel to Sonic the Hedgehog was released. By that point, kids had already been zooming around the first game and had high expectations for the sequel. Will the game have new characters, new abilities, new stages, and a higher difficulty?

All of those expectations came true, except one. As early reviews started trickling in, it became clear that Sonic the Hedgehog 2 was widely considered an "easy" game just like the first one, which was a let down.

According to a 1992 review from GamePro, the single biggest complaint about Sonic 2 was the game's low difficulty.

"If there's a downside to Sonic The Hedgehog 2, it's that the game's just not tough enough," the critic wrote under a "Simple Sonic" subheading.

"Players of all levels will be able to work their way through most of the game in relatively short order."

So what's your excuse for not being able to beat Chemical Plant Zone? If a toddler in 1992 could beat it, surely you could too if you're a capable gamer.

The same sentiment was shared in a 1992 issue of Computer Video Games.

"The only thing which lets Sonic 2 down slightly is the difficulty, initially it's not that much harder than the first game, but things do improve in later stages," the critic wrote.

And in the 1990s British Show show Bad Influence, you can even witness a literal child play the game and give a complaint about the game's easy difficulty.

"I did get to the last level on the first go, but I'd still buy it," the child said.

Is it possible that the kids of the 1990s are just better at video games than the zoomers of today?

You might be asking yourself "why can't I get past Chemical Plant Zone but a 10 year old from 1992 could beat the game on his first try." The answer is quite simple: you probably don't actually play video games.

Sure, you might "play" something that is commonly referred to as a "video game" but they're not real video games. Let's face it, most triple-A "video games" nowadays are just glorified movies but with bad stories and the occasional quick time event.

Video games are something you play, not watch. And if you spend all your time "watching" then chances are that you're probably not so good at "playing." It's as simple as that.

After accepting that you're bad at games, there might be one more question still on your mind.

Why are Sonic games so easy?

The verdict on this question came in before you were born, zoomer. Sonic games are easy. Just because you suck at video games doesn't mean Sonic games are hard or inherently bad.

If you're a die-hard Game Grumps fan (seriously, what is wrong with you?) then you might be able to parrot some base-level criticisms toward classic Sonic games.

"Oh no, I can't see the obstacles because the view port is too small," you might complain.

It's no surprise to anyone born before Obama's election that video games used to be in a 4:3 aspect ratio and played on glorious CRT TVs. All 2D platforming games of the 90s had a similar "problem." Enemies are off the screen, and it's up to your instincts as a gamer to anticipate where enemies and obstacles will likely be.

If you don't have good gamer instincts, then navigating through levels simply becomes trial and error and you get better as you play. But this is not a "problem" unique to Sonic games. In fact, enemies in Sonic are easier than enemies in other games because they can typically be eliminated in one hit.

"I thought Sonic was supposed to go fast!" you tell yourself as you struggle to get through the second level of a game that a 10 year old could easily beat in the 90s.

Sonic does go fast, even in levels that require careful platforming at first. Every time you go through a loop and gain momentum, that's Sonic going fast and it's a feeling of speed that no other mascot platformer was able to capture.

However, that doesn't mean you can go fast all the time. While there are people who can certainly speed through every level easily, that is a consequence of mastering the physics and level design (you know, something that somebody who is good at games can do).

Even if you're completely incapable of intuitively figuring out the level design or memorizing how to get through a level, there's still one thing that makes Sonic extremely easy: you have only one attack, and it makes you near-invincible.

In Sonic, all three buttons on the Sega Genesis controller do the same exact thing, and it's the single-most overpowered attack in all of video game history. It's a jump that doubles as an attack and it instantly kills almost every single enemy in the game. This alone makes these games extremely easy.