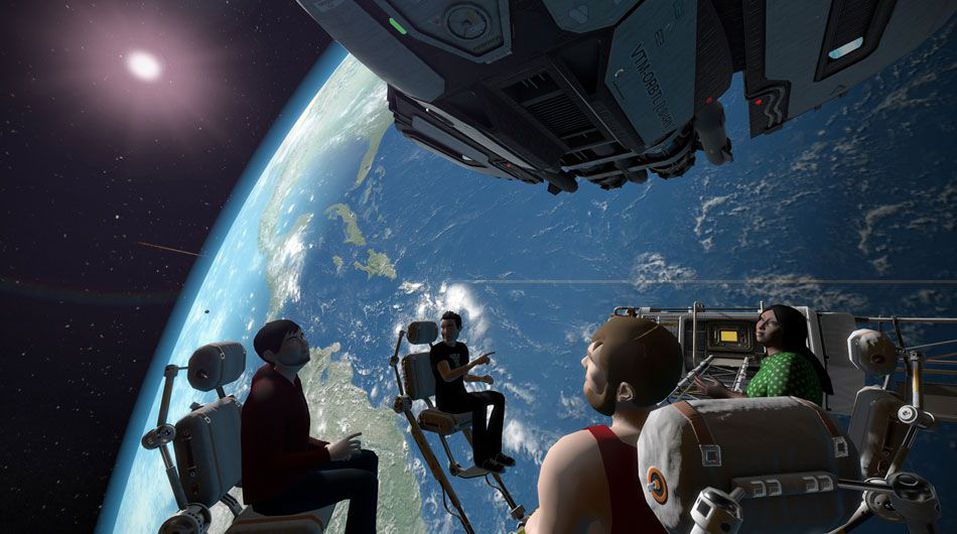 It never takes long for a new gaming technology to be treated like a public menace. Take this shocking news clip documenting “virtual rape” in Grand Theft Auto:

The eerie realism is breathtaking, all the way down to the floating cone on his forehead!

Luckily we have brave heroes like Patrick Harris of Minority Media. At this year’s Game Developers Conference he showed the audience the horrors of harassment in virtual reality by actually sexually harassing a woman in virtual reality. Polygon reported he showed a video of himself playing a VR demo with an unsuspecting woman and purposefully making her uncomfortable by groping and playing with phallic objects.

After grossing everyone out, Harris advocated for an optional invisible safe space barrier between you and other players to finally put a stop to creepy harassers like Harris.

And he’s not alone. The insufferable pop culture blog Fusion also calls for these VR safe spaces. The author takes aim at the game AltspaceVR, where you play either a blocky person or a blocky robot and interact with real people online. Either a Leap Motion or Xbox Kinect picks up the motions of your dirty little hands.

Despite already having an “ignore” function, which mutes a player and freezes them in place, the creators of AltspaceVR are still adding more anti-harassment features.

These proposed invisible barriers will probably become ubiquitous in virtual reality games, as developers cave to cries of harassment. The barriers will no doubt detract from the immersiveness of the experience and compromise the overall product. But at least everyone will feel safe, especially in a place where nothing can hurt you.