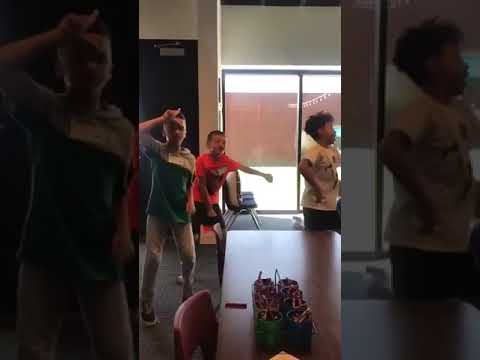 My 9 year old son was playing Fortnite on his PS4, when he lost and then stamped his feet and screamed loudly in anger. He then continued to scream as he ran down the stairs. He told me he was doing really well but then the game lagged for a second which caused him to lose. He reached out for a cuddle, but I refused and told him it's just a game and he should get over it.

He then screamed even louder and started crying and entered into a massive tantrum. He started knocking over all the ornaments in the living room and even breaking some of them. Then he entered the kitchen and started throwing all the food out the refrigerator. Then he kicked the stove until the door broke. He was screaming and crying the entire time.

After that, he threw himself on the couch and just screamed and cried. When I came over, he reached out for a cuddle again, but I told them there's no WAY I'm cuddling him now. He then started started making heavy breathing sounds before "fainting" on the couch. I told him he's grounded, but he won't respond to me. He's lying on the couch with his eyes closed pretending to be dead even though he clearly isn't.