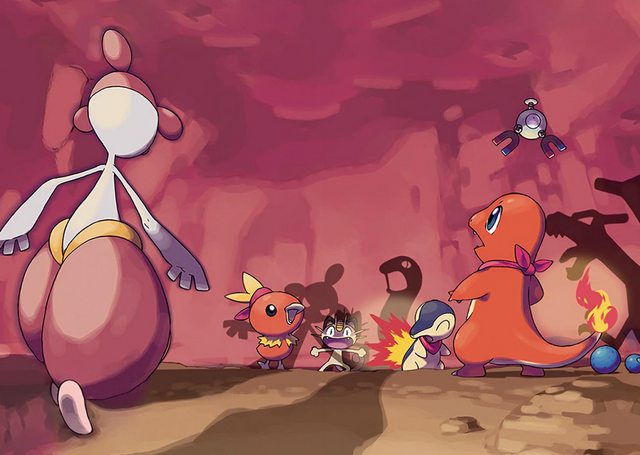 Can we have a Mystery Dungeon thread? I got Pokémon Red Rescue Team when it originally released for the GBA and I was glued to the game for weeks on end. It's probably my third favourite Pokémon game of all time.
Do you remember the questionnaire to decide which Pokémon you'd be? I was a Charmander and my partner was a Chikorita. I feel like the story was god tier for people my age at the time. Just the right amount of funny stuff, sappy stuff, melodrama, mystery sprinkled in - by the time the game ended you would take a bullet without hesitation for the friends your character made along the way.

The gameplay was great too, remember those insanely long dungeons towards the end? Like, the crazy optional ones. You'd have to prepare like you were going camping with all the items and food you'd have to bring to survive a 100 floor dungeon. The sprites were so charming too.

AND THE FUCKING MUSIC:

None of my friends at the time gave a shit about this game, probably because it was a spin off. I'm not really even sure if this game was considered good or great on release. And as many times as I've played through Red Rescue Team, I've actually never played any of the sequels. Are they good? I would hope they built off what made the original so addicting and continued to have memorable stories and good music. I really should get cracking on playing the rest of the series.