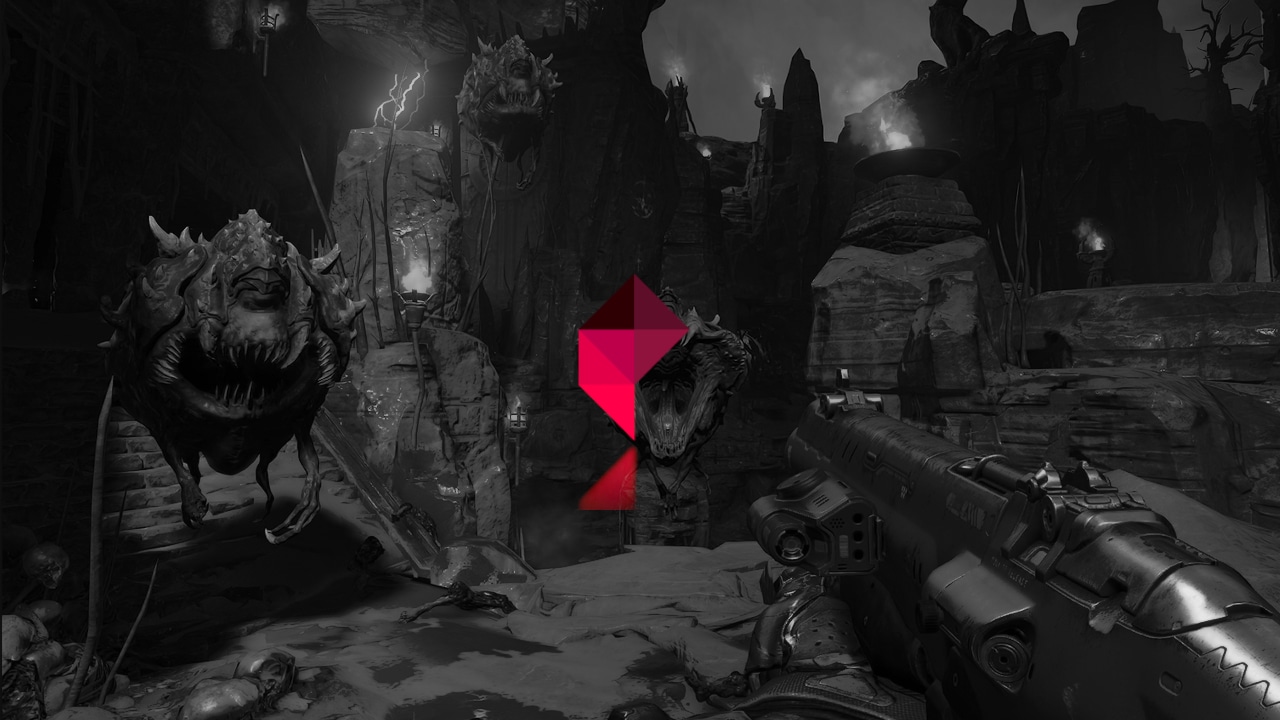 Polygon released a video last week of one of its reviewers playing the first 30 minutes of the new Doom. But it wasn’t the review that caused a storm. The reviewer’s playing was so bad that Polygon had to disable ratings and comments on the YouTube video to save themselves the wrath of online vitriol.

One fan even posted a video to YouTube highlighting the reviewer’s incompetence.

The reviewer picked to play the demo is someone who earns a living testing out video games, and yet he or she plays this shooter like a four-year-old. And it’s not the only time that reviewers from Polygon, which is part of Vox Media, have simply quit playing a game because it too hard.

All of this begs the question: Are the site’s reviewers skilled enough as gamers to be evaluating a wide swath of gaming titles?

We already know they switched their focus long ago to fit a social justice agenda. Editor Arthur Gies parroted Feminist Frequency’s review of Bayonetta 2, docking points from the game for its oversexualized main character. The widely adulated Witcher 3 took a score hit due to sexism concerns and the lack of people of color—despite the game taking place in a fantasy universe derived from medieval Slavic mythology.

But besides its obvious PC agenda, some games get dinged in their reviews just because the reviewer can’t play the game right. In Polygon’s review of Starfox Zero, Gies couldn’t even complete the game, and refused to even give it a full review, mainly because of the difficult-to-handle motion controls.

It’s not that Star Fox Zero is hard, really. It’s often bizarrely easy, until it suddenly isn’t, in part because twitch shooting or action is so dependent on motion control with the GamePad. It is, to be blunt, a miserable experience, and the idea of playing more fills me with the kind of deep, existential dread I can’t really justify.

While the criticism is fair, reviews for Star Fox skewed positive on Metacritic, with reviewers from other publications having no problem completing a four-hour game designed for children. Nothing in the other reviews indicated the game was too difficult for an adult, despite noting the drawbacks of the control scheme.

Was this piece some kind of conflict-of-interest hit job? one might ask. No, because Nintendo took out huge ads for the game on Polygon at the time of the review.

Then there was Polygon’s hugely controversial review of The Last of Us. The PS3 game was almost universally showered with praise, and widely considered a visionary masterpiece.

But Polygon gave it a mediocre 7.5, one of the few outlier reviews on Metacritic. While this is not a crime in and of itself—people have different opinions all the time, and there’s always that one contrarian naysayer—the reasoning for the score doesn’t hold up.

Combat against the zombie-esque infected is especially frustrating. Not only are they faster, more aggressive and more unpredictable than human enemies, but multiple types of infected have an instant, one-hit kill if they get in melee range.

So basically the factors that make this zombie thriller difficult and engaging— that make the game tense and challenging—were too much for this beleaguered reviewer.

Naughty Dog has given Joel’s aim a semi-realistic shakiness which, when mixed with the erratic movement of the infected, makes keeping enemies at bay a serious — and not terribly entertaining — challenge.

The Last of Us was a game lauded for its realism. It stayed true to the genre of survival horror, always keeping ammo low and fights difficult to encourage the player to fear the prospect of fighting. Most games encourage senseless violence, but The Last of Us made it an unfortunate last resort.

Too bad the Polygon reviewer sucked so bad at the game that he didn’t fully appreciate this nuance.

A few more examples of Polygon reviewers balking at games they perceived to be difficult were Code Name: STEAM and Shadow of the Beast.

Code Name: STEAM, a Nintendo DS game, that came out last year. The Polygon reviewer found the game too difficult, whined to his editor and scored it 3/10. While various criticisms of the game’s mechanics were certainly valid, other negative reviews did not find difficulty to be a chief concern.

More recently in Shadow of the Beast for PS4, the reviewer got lost for an hour, souring his impression of the game.

Video game reviewers are held to a standard unlike any other art critic. We do not expect our film reviewers to be good at watching movies or our literary critics to be good at reading. But if you review video games you should be at least as competent as the average reader taking the advice of your reviews.

Because if Polygon reviews Doom anything like they played it,  how are we supposed to take them seriously?

UPDATE: Polygon proves my point by publishing full length article about having trouble turning on a PS4.