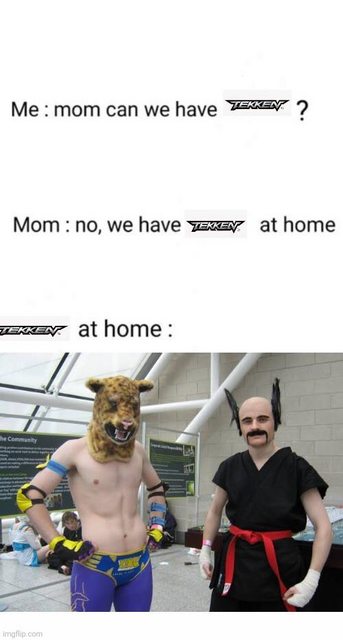 -Tekken 8 WILL be going directly to consoles.
- Confirmed characters thus far are Jin, Kazuya, Ling, Leroy, King, Paul, Marshall Law, Nina and Yoshimitsu. Expect those characters to be shown first as they're furthest in development.
-New characters so far is a military chick who's a grappler(Think Lars mixed with Jaycee), A character with a "Jailhouse Rock" fighting style who actually specialises having thier back against the wall via wall run-esqe exclusive moves and position switching properties. Oh and a literal Gorilla.
-New rage mechanic "Perfect dodge". Game goes slow-mo and makes your character step back and be invincible for a few frames, allowing for a clear whiff punish.
-Ling loses faith in Jin for embracing the devil gene. Lars dies. Catalist for big fighty fighty. Spoilers I guess. Don't know the whole story in context.
- Something about a thunder God being alluded to? Could be the final boss, though no clue.
- Levels so far are a construction site, a cruise ship and a museum. Oddly enough, no testing on the trailer level though that could just be story mode exclusive.

....and that's all the leaks. Why? Underpaid and had my pay cut. F this job.
Oh and the guest character is Furiosa from Mad Max Fury Road. Enjoy!