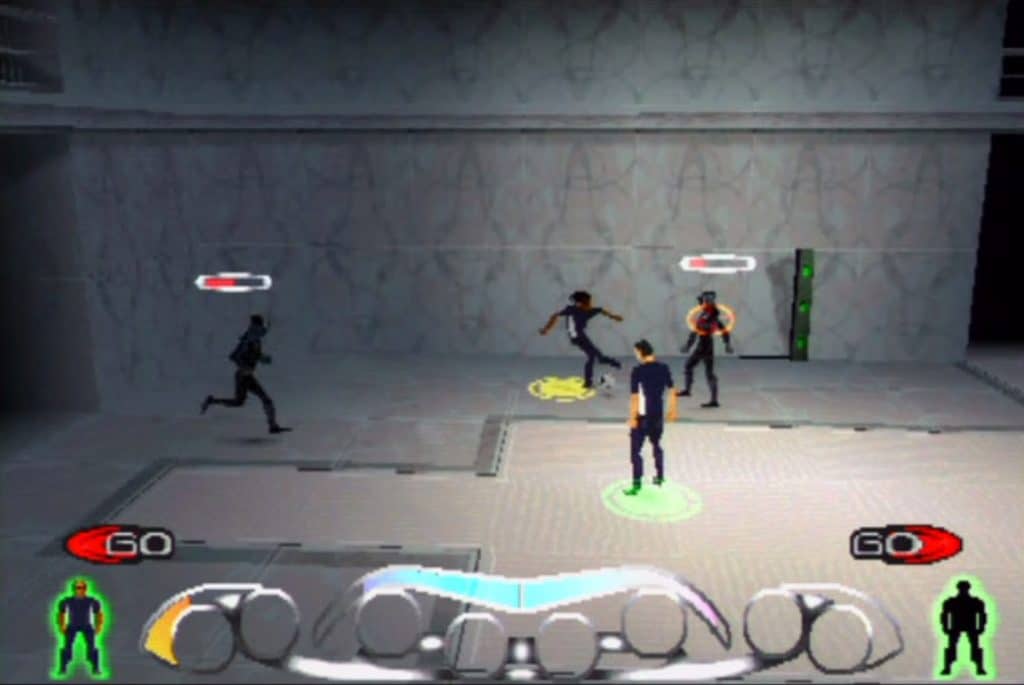 Of all the ways a British child could have their Christmas ruined in the late '90s — sherry-fueled arguments after dinner, a sibling raging because they didn't get what they wanted, a burned turkey — there is a special place in yuletide hell reserved for crappy soccer games bought by well-meaning family members.

For the contemporary gamer, soccer more or less means the slugfest between FIFA and Pro Evolution Soccer. But before this heavyweight title card came to dominate, back in the era of the original PlayStation, the soccer games jostling for position more closely resembled a royal rumble. And much like in the WWE's yearly 30-man brawl, the majority were there not to leave a legacy but merely to make up the numbers before getting chucked aside.

This made buying a soccer game something of a minefield, especially with so many companies catching a whiff of the money to be made by slapping a famous face on the box. The Brazilian Ronaldo, Michael Owen and David Beckham all lent their names to less-than-stellar PlayStation games (you can read a little about the Beckham one here, excerpt: "they released the worst game ever with the most bankable soccer player on the planet at the time, and it just went downhill from there.")

Even current Sky Sports 'banter merchant' Chris Kamara got in on the action. No disrespect to Mr Kamara, who was a fine player and is a good laugh on the commentary, but he's not quite in the same superstar bracket as Ronaldo. Thus Midas Interactive's bizarre decision to make the retired Swindon Town midfielder the face of their street soccer game stands as something of an emblem of the era. 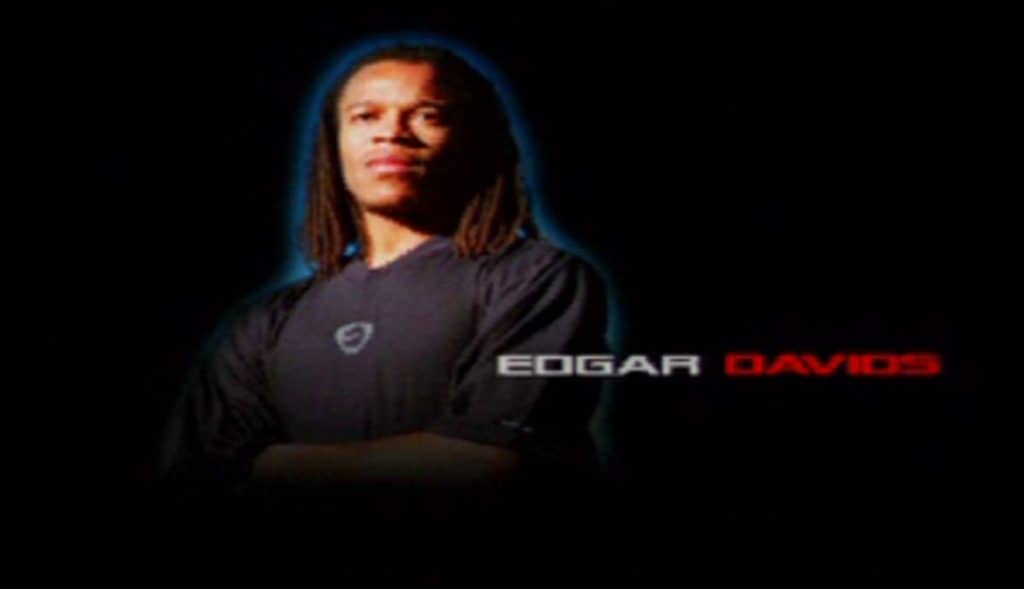 Sportswear brands were also sniffing around at the time, with Adidas Power Soccer and Puma Street Soccer – the latter of which was bizarrely launched “in association with Pringles” – both hoping to cash in on recognizable names.

All of this culminated in the peculiar cultural artefact that is The Mission, which hopped aboard these bandwagons with a shamelessness bordering on parody. In 2000, Nike ran a TV advert in which a crack team of the best soccer players of the time – managed by a pre-Manchester breakdown Louis Van Gaal and spearheaded by the endlessly cool Edgar Davids – stormed a building to retrieve a stolen football, while taking out robotic Ninja guards with flashy ball tricks. The advert may be completely OTT and ridiculous, but it was everywhere at the time and you can't help but admire the chutzpah. French developer and publisher Microïds was so taken by the cinematic campaign, in fact, that it signed up to develop an official video game of the advert.

That's a full video game, in boxes on shop shelves, based on one minute and thirty seconds of promotional video. It's still hard to comprehend why exactly anyone thought this was a good idea, and my repeated attempts to find out by contacting those involved have been met with silence.

But it is important to remember that this was no regular advert. As a young boy it was possibly the coolest thing I'd ever seen, full of tantalizing little touches like Davids' famous glasses being able to detect invisible laser tripwires and footballs attached to long cords as grappling hooks. If someone had told me then that there was a game based on it, I may well have nagged my parents for it.

Unlike the advert it was based on, Microïds' PlayStation adaptation of The Mission was low-budget and obscure, its very existence eluding me until years later. And when I finally did play it, after finding it hidden away in the corner of a game shop with a £0.49 price tag, it became clear that this was a game lacking in more than just profile.

The alarm bells are set off straight away with an oddly phoned-in translation from French on the back of the box. "The prized "Geo Merlin" ball has been stolen by the evil forces of Football, the terrible Ninjas," it reads. "An elite team has been set up, formed of the best footballer players [sic] in the world… Will they succeed in bringing the ball back and Insure [sic] the triumph of amazing football?"

Amazing soccer does not triumph in The Mission. Predictably, the game suffers for its attempts to adapt a minute and a half of perfectly choreographed action into a much longer interactive experience, trading in the silky skills of Davids, Figo, Guardiola et al for clunky animations and repetitively spawning enemies. 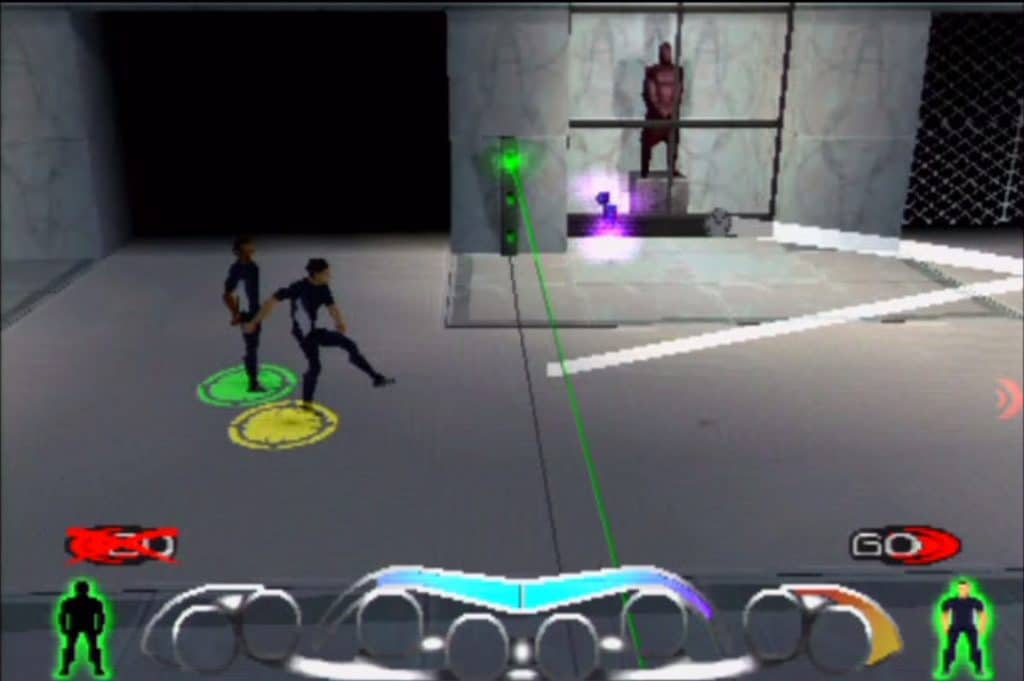 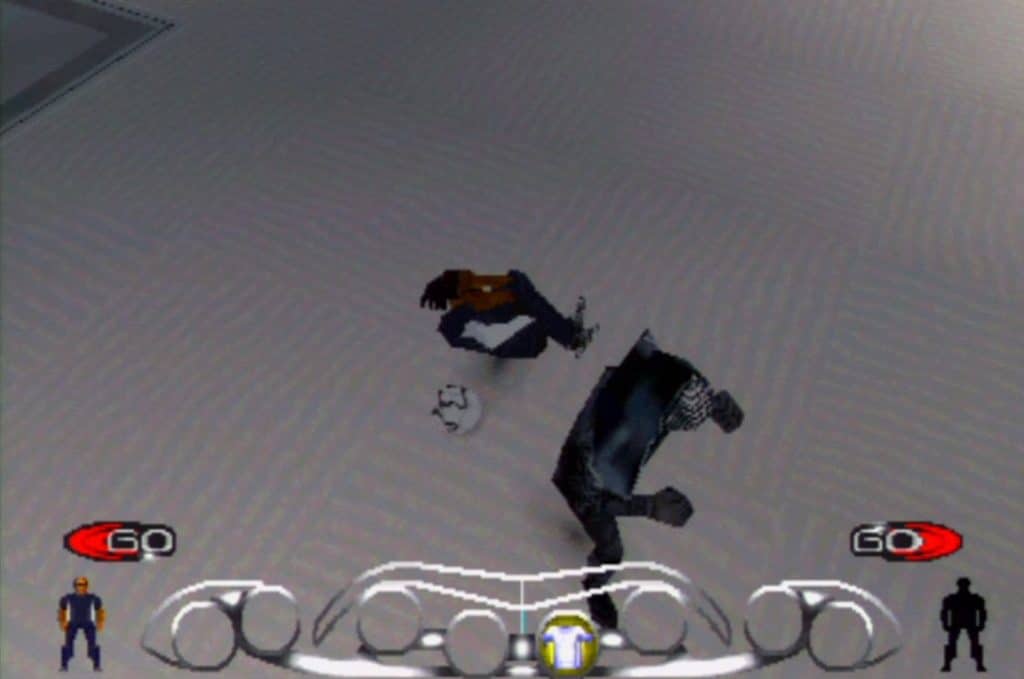 There's a scene in the original advert in which Davids, using his glasses to see a gap in the network of lasers protecting the stolen ball, nods the go-ahead to Lilian Thuram. The no-nonsense defender then slides through the gap, knocks the ball off its pedestal and gently volleys it to Davids from the floor. Smooth stuff. The Mission has you switching between two players at all times, and this is precisely the kind of slick interplay you'd want to recreate, but it's rendered impossible by a lack of meaningful variation between players. Even Edgar Davids' glasses, such a big part of his visual identity, are reduced here to just another power-up.

The Mission is simply devoid of the flair and grace that made the advert shine, reducing the world's best soccer talents to identikit Sunday League hoofers joylessly punting balls around. This is best summed up by the fact that Davids, such an effortlessly powerful and charismatic presence in the advert, here curls up in the fetal position and timidly protects his face when downed by Ninjas. “Please,” he seems to say, “no more.” A rip-roaring 90 seconds of action is padded-out into a long and painful slog, stretched to more than 100 times its original length. Even the low-poly stars of The Mission seem to feel the physical and mental strain. 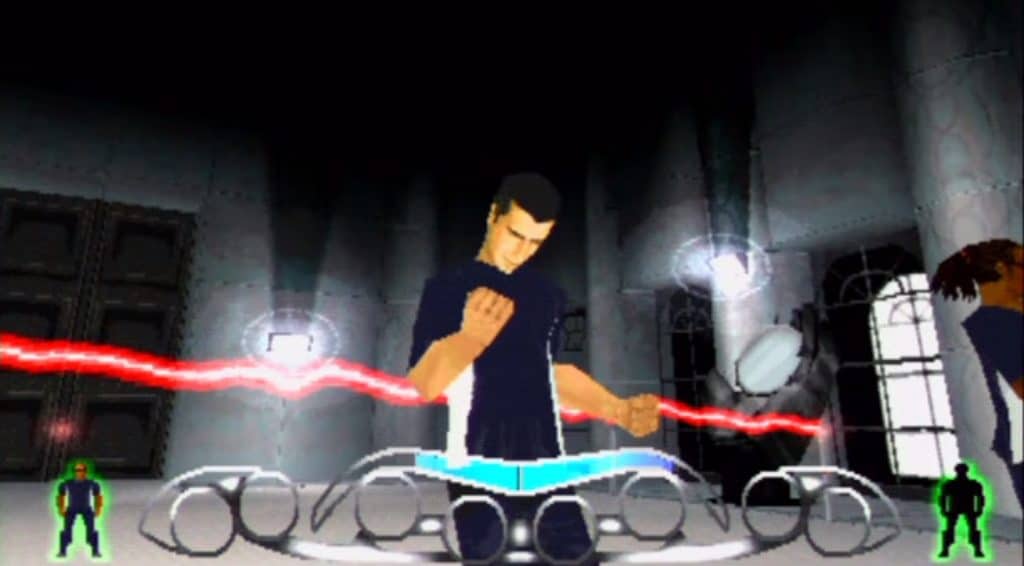 The Mission launched in 2000, alongside the emergence of the Galácticos culture – popularized by Real Madrid – whereby the individual celebrity of soccer players was reaching hitherto-unprecedented levels. In this climate, it's perhaps slightly more understandable that Microïds looked at Edgar Davids' Nike-promoting star turn and saw a potential video game hero. At least it managed to avoid getting sued for its trouble, a la Riot Games in the recent Striker Lucian debacle.

But its very existence presents a low-key nadir in an era already besieged by game developers packaging up and selling adverts in the form of poorly-made games, at the behest of brands dipping their toes in the water. If there's one thing guaranteed to shake any nostalgic longing for "the good old days" of soccer, when things were simpler and more innocent, it's playing The Mission.