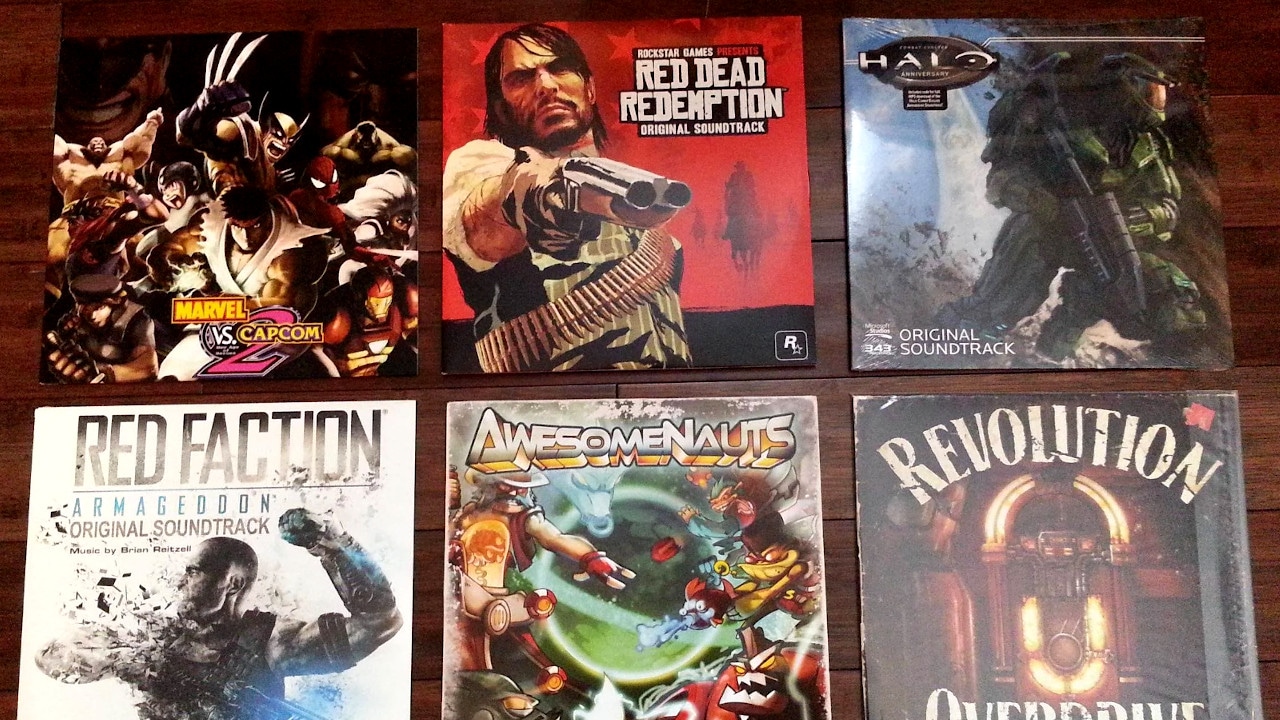 I don’t understand vinyl. Lots of music nerds swear by vinyl albums for reasons I can’t actually understand. Then I went down the video game record collection hole.

And I still don’t understand. But that hasn’t stopped me from picking up a handful of albums when I don’t even have a turntable. Because, while I can’t imagine casually listening to any of them (and most I’ve gotten include digital download codes, so you don’t have to worry about playing the actual album), they look really cool.

It started at a Protomen show, the premiere of their music video for “Light Up The Night” at the Williamsburg Music Hall the week before PAX East. I love the Protomen, and I wanted to support the band and get a souvenir from the show. I have way too many t-shirts, and I haven’t bothered with CDs in ages, so I looked at the vinyl. They had their 80s cover album The Cover Up on sale, with a great cover art of a Robocop-looking robot on the front. And down the vinyl hole, I went. 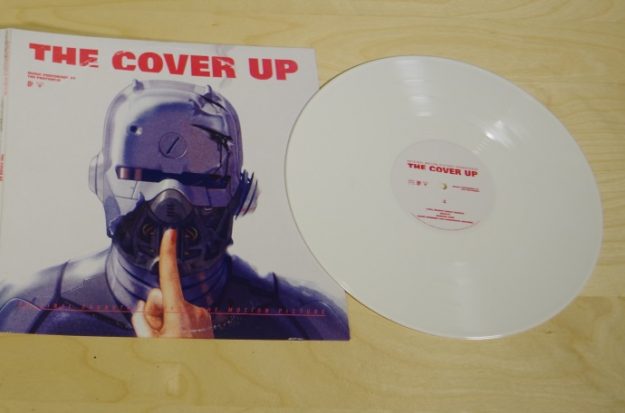 After that, I saw rows of vinyl records at Iam8bit’s booth. I was tempted by the BIT.TRIP’s Greatest Chips album, until I saw Killer Cuts. “The Instinct” is one of the greatest video game themes ever made, and always gets me into a mood where I want to stand on a mountain peak and swing a claymore, so I had to get it. That they had the previously Evo-exclusive metallic Fulgore version with green vinyl (the two standard versions are are non-metallic Spinal with white vinyl and non-metallic Saberwulf with blue vinyl) made it that much sweeter. I bought the album and immediately got an email from Iam8bit with a download code for a digital version. Awesome. 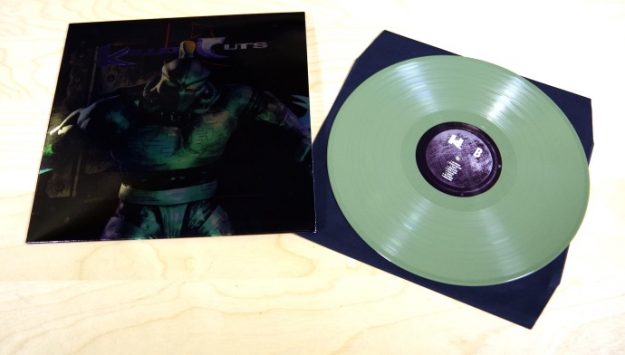 By now I was getting angry with myself, and I swore I wouldn’t get any more vinyl. I don’t need to collect more things. Then I saw Mondo Tees’ Death Stranding 12-inch single, on clear vinyl with black splatters. Dammit.

If you have very particular video game tastes, there’s probably a vinyl record that will appeal to you. Over the last few years a few companies have been working overtime to put out game soundtracks on vinyl, and while you won’t find Nintendo themes in big spinning platter form, there are plenty of cult series getting the record treatment. 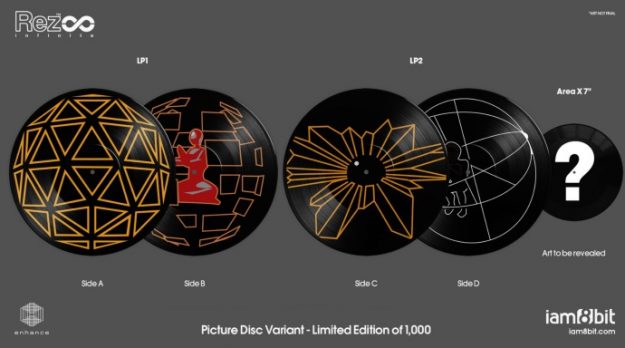 Iam8bit stands out as one of the greats for video game soundtracks on vinyl. I already mentioned BIT.Trip and Killer Instinct, but there are dozens more. We’re talking Battletoads, Perfect Dark, Psychonauts, and Sunset Riders. They also have a deluxe Rez Infinite double LP with 7-inch bonus vinyl and art book (a whopping $75, but totally worth it. And I still kind of wish I picked it up at PAX East even if it was just the orange and black vinyl pressing and not the limited edition picture disc version). There’s even a 7-inch Killer Scratches scratch vinyl that’s just the sound effects from Killer Instinct.

They go all-out to make these records appealing. The sleeve art is always top-notch, capturing the spirit of the game in some unique way without just slapping on the game’s logo or a screenshot. The Killer Cuts sleeves, for example, are actually posed and photographed puppets. They don’t skimp on the vinyl itself, either. There aren’t any bland black plates to be seen. Every album is a custom color or pattern. Killer Cuts is white, blue, or green depending on the art. BIT.TRIP’s Greatest Chips is a rainbow of concentric circles. Killer Scratches is blood red with black splatter. They look as cool as their sleeve art. 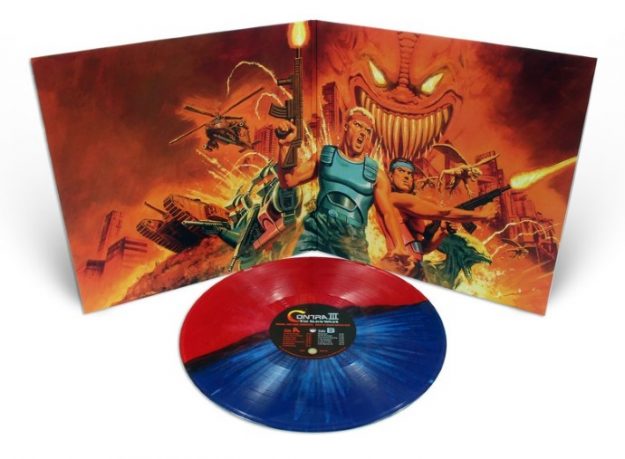 Mondo Tees is mostly known for their incredible movie posters with custom art, but they put out a lot of vinyl records, too. The bulk of Mondo’s library consists of film soundtracks, with everything from Back to the Future to Cannibal Holocaust. There are some video game gems too, beyond the Death Stranding single. Mondo has produced soundtracks to Konami classics Castlevania II: Simon’s Quest, Castlevania III: Dracula’s Curse, and Contra III: The Alien Wars, all with lavish sleeve art and vinyl design. 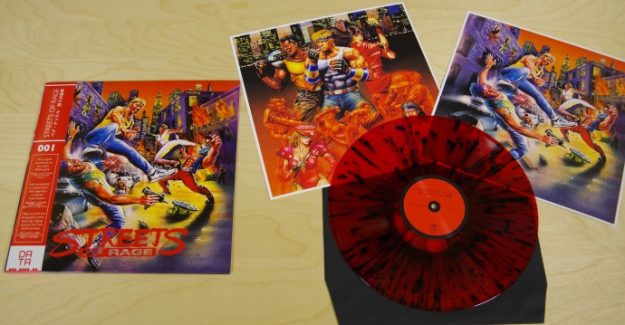 If you’re a fan of Sega games, Data Discs is the publisher for you. They’ve released vinyl soundtracks for ten classic Sega games, including Streets of Rage, Shenmue, Panzer Dragoon, and OutRun. My colleague Jeffrey Wilson is a huge Sega nerd, and he lent me his Streets of Rage record for this story. It’s a great album, with red vinyl, art from the arcade cabinet, and sound sampled directly from the original NEC PC-88 version. However, it doesn’t have “Go Straight,” which makes it inferior to the Streets of Rage 2 album. They’re super limited runs, so good luck finding them at their original price, but you can find a few on Amazon for close to retail, including Golden Axe I and II, Revenge of Shinobi, and Thunder Blade.

Individual bands do some pretty great things with video game music, too. Besides The Cover Up, which is just covers of 80s songs (“Mr. Roboto,” “Danger Zone,” “In the Air Tonight,” that sort of thing), the Protomen has a 7-inch single of their songs “This City Made Us” and “Hold Back the Night.” Surprisingly, they don’t have vinyl albums of The Protomen (Act I) and Act II: The Father of Death, which are basically acts in a rock opera inspired by Mega Man. Maybe they’ll release a three-record set when they finally put out Act III and tell the full story of Albert, Thomas, and Thomas’ sons. 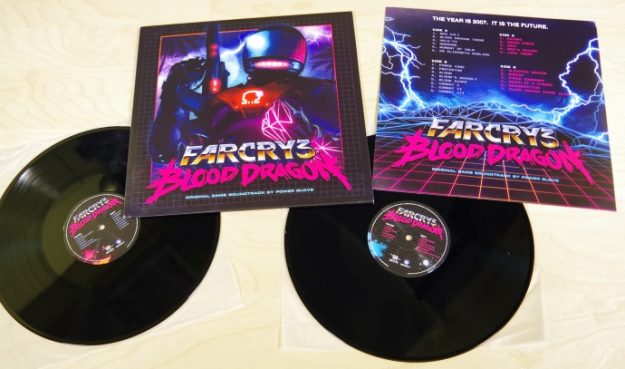 Powerglove is video game and cartoon-themed power metal, and they were tapped by Ubisoft to do the soundtrack to Far Cry 3: Blood Dragon, arguably the last great Far Cry game. It’s a future-of-the-80s neon monstrosity with lasers and feathered hair, so they were perfect for it. And Ubisoft released the soundtrack on vinyl! Sadly, like the Protomen, Powerglove hasn’t yet pressed its classic albums like Saturday Morning Apocalypse and Metal Kombat for the Mortal Man, though they are available on CD. You can even stream Saturday Morning Apocalypse if you’re a member of Amazon Prime or Spotify.

Incidentally, I’ve seen Powerglove live, and you haven’t truly appreciated metal until you’ve been in a ballroom filled with extreme metalheads singing along to the season one Pokemon theme.

I still think vinyl is fairly stupid as a storage medium. Yes, it’s analog, but it doesn’t offer a better sound than a good high-bitrate or lossless digital format, and the data density is lower than a cassette’s. The feelings self-styled audiophiles have for vinyl are a nostalgic placebo effect caused by handling the big, single-purpose discs, the ritual of playing them, and the clear audio flaws of the technology.