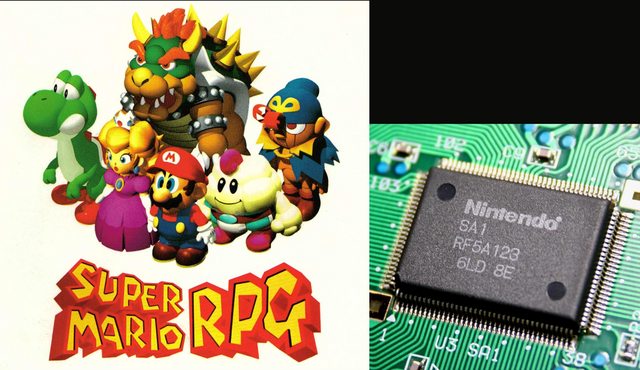 Why did Super Mario RPG need the SA1 chip?

There's nothing in particular about the game that seems demanding. There's no heavy calculations being done, Donkey Kong Country series used a bunch of pre-rendered sprites without any issues or co-processors. None of the effects in battle seem to be anything outside of what a normal SNES game could produce, infact I'd say they aren't even as impressive as some that are in FF6.

Was it the music?