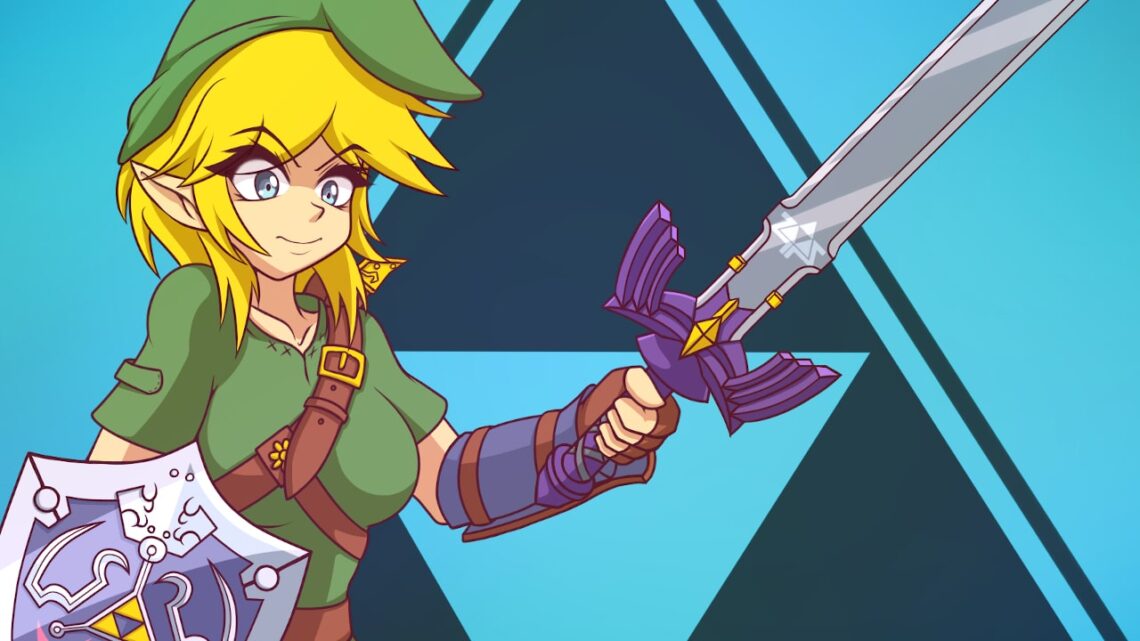 There’s a lot of buzz about E3 in the press. Not so much about the wide variety of amazing looking games at the massive video-game conference, or trite press conferences or even Hideo Kojima’s fantastically bizarre game reveal—but about why Link isn’t a woman. Yes, the 30-year-old video-game character, who has been a man for all 30 of those years, for some crazy reason will still be a man in the next Legend of Zelda. Who’s the sexist who made that decision?

Well, apparently Nintendo just doesn’t want to change, and why should they? They’ve got a good thing going for 30 years, and the series already has a bad-ass female character in Zelda, the part mage, part ninja, depending on the outfit.

But that didn’t stop gaming journalists, like Ben Kuchera, senior editor at the incomparably insufferable Polygon, from writing an article titled, “The argument against Link being a woman, destroyed with one image.” 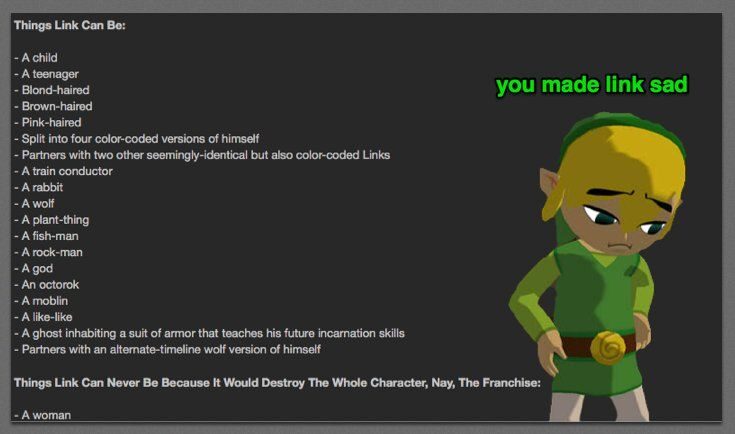 Whelp, there it is, but sorry Ben, I’m still not convinced. Not that woman Link would be an explicitly bad idea, just that it won’t solve anything.

The real problem is that in video games, movies and the rest of culture we have a shortage of iconic female characters, especially in the action-adventure genre. But female Link wouldn’t be an iconic female character, she would just be a Link reboot, perpetually stuck in the context of male Link. And reboots are never as good as the original.

Our society suffers from a reboot culture. We feel like we’re stuck with the same franchises from now until the end of time. Movie studios and major game developers are skittish about stepping outside the existing franchises and creating new ones.

And at the same time, you’ve got increasing diversity among those who are making and consuming this entertainment. So many feel like we should change our existing cast of characters to reflect the times. But this is doomed to fail.

Ripley wouldn’t be the icon she is today if she came into existence as the female version of a male character in an Alien reboot. Neither would Samus. Ripley and Samus are great because they are amazing original characters beloved in their own right. When has a reboot character ever been elevated to the same pedestal as the original?

This is why the new Ghostbusters is set up to fail. Director Paul Feig didn’t make new characters, only female versions of existing ones acting out an almost identical plot to the original. While the 1984 version brought us iconic characters like Venkman and Egon, the new one seems like it will just be female reboots of the men. It will have us asking, “which one’s Egon, which one’s Venkman?” instead of celebrating unique characters. Rather than create new iconic heroines, Feig just filled slots in a diversity check list.

Rey from Star Wars VII worked because she wasn’t just a female version of Luke, despite the larger movie having reboot qualities. She had a totally different ethos from the original hero and was given the space to be iconic in her own right.

But demanding existing franchises change to conform to diversity only perpetuates reboot culture. Instead of forcing developers to create new iconic and diverse characters, it forces them to make significantly less iconic gender-bending reboots.

And you’d think that in the current year, with all the money and talent and diversity pouring into entertainment, we’d be creative enough to make something new. Or we could just give Captain America a boyfriend and act like we’ve solved gay equality or something.