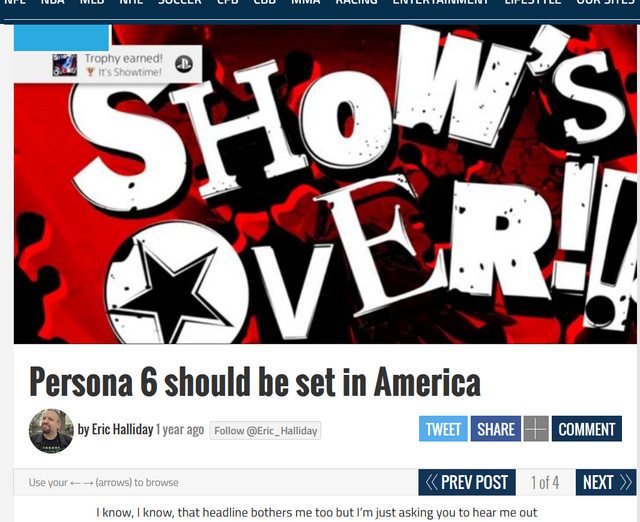 They already did a roadtrip of big things to see in Japan, to do the same level of detail they did for Persona 5 in a big city people want to explore, they'd have to go Shenmue detailed in some unexpected direction Wouldn't mind that though, like a quarantine Persona where you spend your time in a single room for months and that means trying a place that's big and recognizable to Japan and now due to Sega's notice, accepting the very large western audience is there too.

They're gonna do an American Persona,

And it's Atlus, it'll be great, they'll do something crazy like set it in the 1990s and have the music and pace be all grunge, introduce driving mechanics and have it be something set in the Pacific Northwest to meet that Phlemgic theory and let you just drive for quiet moments into the Rainforest Wilderness, with nothing but an ingame map to look at for guidance, since 90s so no GPS right away.