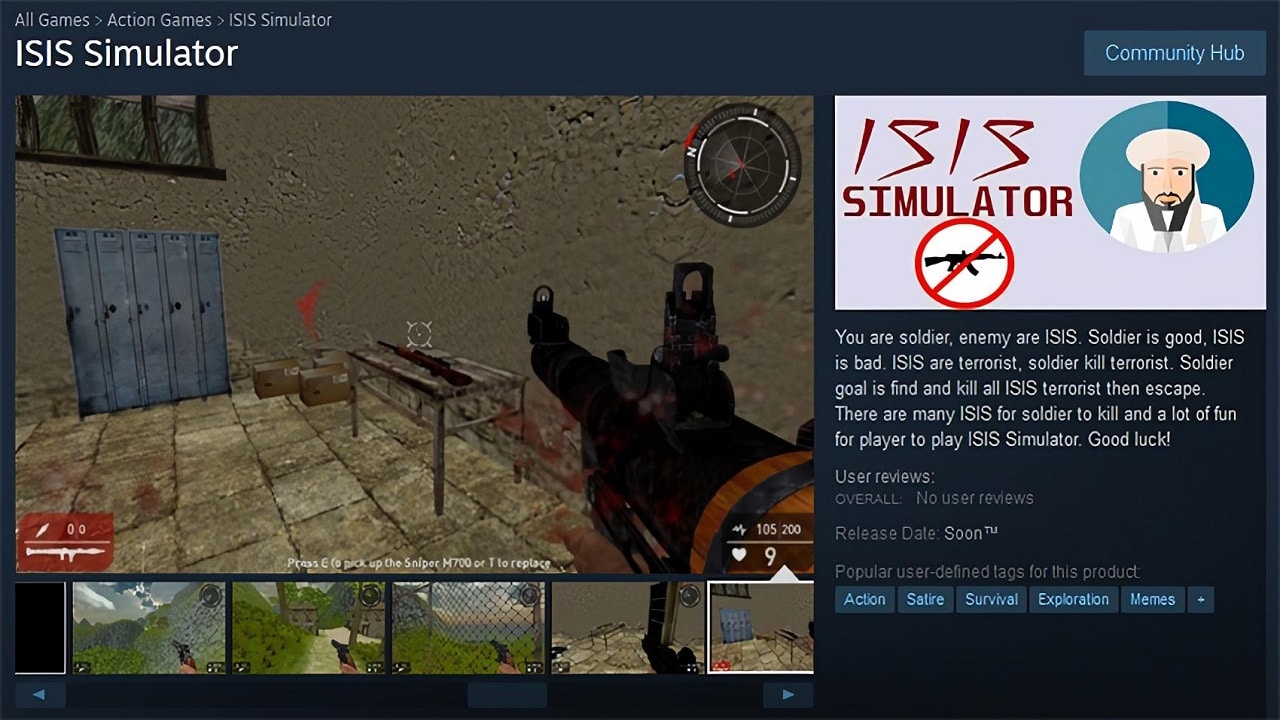 Long gone are the days of Steam Greenlight, where users could launch games into the highly lucrative Steam marketplace through sheer vote brigading. Gone too are the wild west days that followed in those glorious glasnost days of literally anyone being able to publish literally anything -- as long as Gabe got his $100.

It's current year and Steam has embraced its mainstream status by doing what reputable platforms are supposed to do: adopting a Heckler's veto editorial line guided by the illuminated coastal principles of NPR.

So here it is, our memorial page to the most hilariously offensive games in Steam's storied history. If you want to play any of these games, you're probably going to have to torrent them or download dubiously named binaries off some Russian site. Obvious disclaimer warning and final notice: we aren't liable if you do. 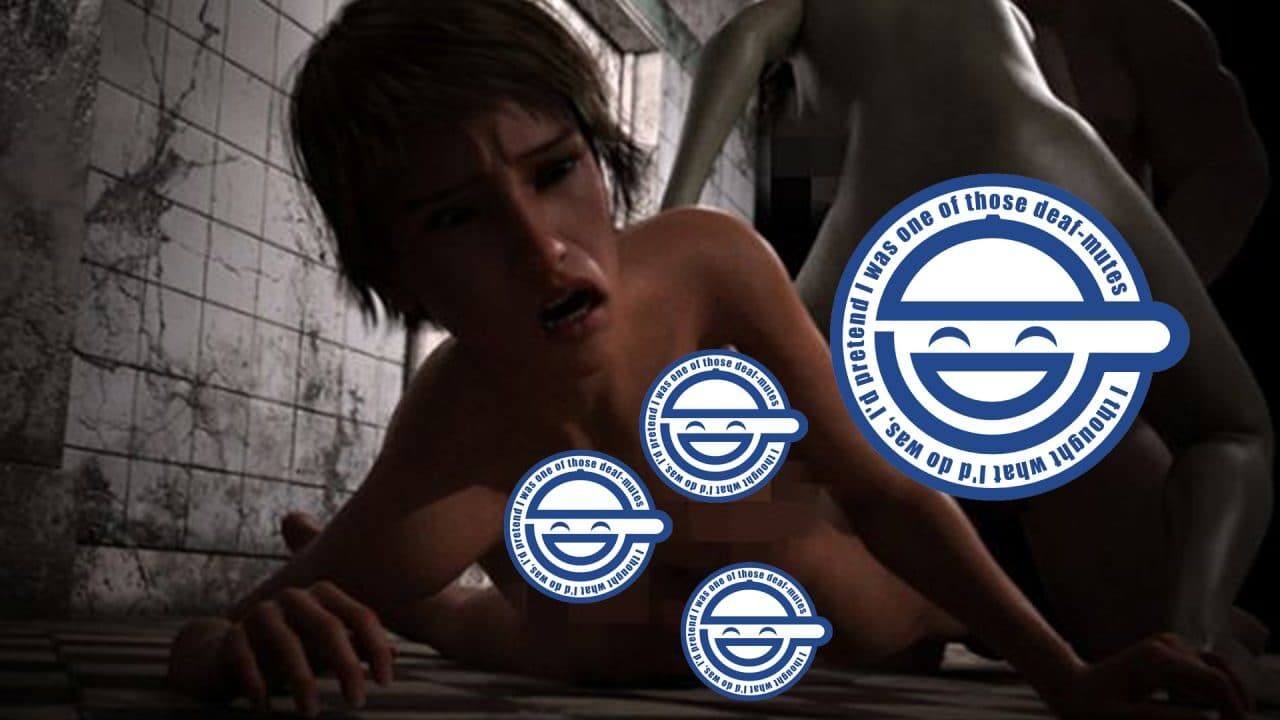 The description of the game is to the point: “Rape Day is a game where you can rape and murder during a zombie apocalypse.”

And it's an accurate description. Rape Day, which we have previously covered, depicted scenes of brutal rape and sexual assault. And zombies.

As Rape Day's developer pointed out, the game seemed to line up with Steam's content policy at the time and shouldn't have faced penalties. Valve’s Erik Johnson had announced that Steam would allow everything on the Steam store "except for things that we decide are illegal, or straight up trolling."

It looks like Rape Day crossed too many lines for Steam, because it never made its way past the "Coming Soon" page. [Editor's note: and to this day multiple people arrive at this site daily just from google searches for Rape Day.]

Steam Greenlight was supposed to give legitimate indie developers a chance at making it big on Steam, and it did. The opportunity also heralded a renaissance of offensive games backed by trolling efforts on Ganker.

One notable example is Muhammad Sex Simulator 2015, a parody of Islam and European autism simulators replete with elaborate animations and sex acts involving sheep, pigs, goats, and other men.

The game was obviously lovingly developed to cause maximum possible offense per pixel used, and the craftsmanship is showing.

Posted on Steam Greenlight on May 05, 2015. Pulled by Valve just a few hours later. Via the Crappy Games Wiki:

Kill the gay is a shareware demo created by an indie developer under the name of Skaldic Games. The demo was supposed to be a minigame for a (now canceled) major game project named "The Shelter: A Survival History".

Despite the mediocrity of Kill the gay and the little fame of Skaldic Games before it, the demo gained notoriety for its homophobic/transphobic themes and the massive backlash from gamer communities, game journalists, LGBT activists and religious activists.

Many people accused the developer of being homophobic because of his Christian background, turning the situation even more controversial.

With the massive backlash, Skaldic Games went out of business in a matter of days, and The Shelter, which was scheduled for the end of 2015, was never heard from again.

The well-respected developer known as BunchOD00dz was the mastermind behind this one. The premise of ISIS Simulator is simple, as archived by SteamSpy: "You are soldier, enemy are ISIS. Soldier is good, ISIS is bad. ISIS are terrorist, soldier kill terrorist."

The game itself is a generic first person shooter and the graphics look like Counter-Strike 1.6 had a love child with one of the original Turok games. But its name and subject matter was apparently offensive enough to be removed from the Steam store. Can't hurt the feelings of those former ISIS fighters and their new productive lives as beneficiaries of free housing and PTSD diagnosis enhanced welfare checks in Sweden and UK.

BunchOD00dz was also responsible for other greats like AIDS Simulator and Suicide Simulator. 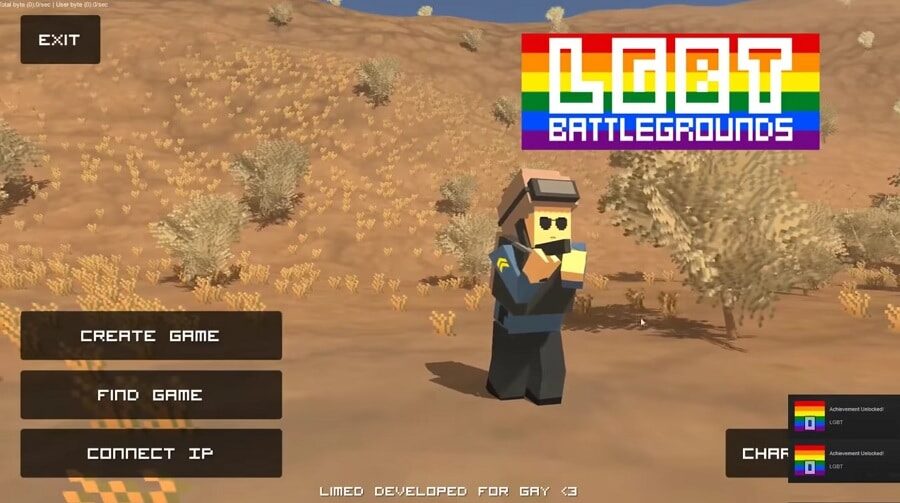 In this game you take part in the intergalactic war between Russia and the LGBT community of our world. Whose side will you be, it remains only to choose. Your task is to choose one character and start playing.

LGBT vs Russia Battleground was a battle royale game that was likely created in response to media reports about Russia's alleged treatment of homosexual people.

Despite the promises of the unorthodox title, nothing about the actual content itself of this game is particularly Russian or gay. The title implies that this game features a war between homosexual warriors and Russian soldiers, but that's about as far as it goes. LGBT vs Russia Battleground is a mediocre-at-best battle royale featuring Minecraft-style graphics. Here's a youtube, judge for yourself:

The game was still banned from Steam, which is a shame because the concept and name is just so stupid is ends up being good for a medium laugh.

"We will not be able to ship your title, Cross Love - Episode 1 on Steam," Valve told the developer in an email. "While we can ship most titles on Steam, we found this one features themes of child exploitation. Because of that, the app has been banned and cannot be rescued." 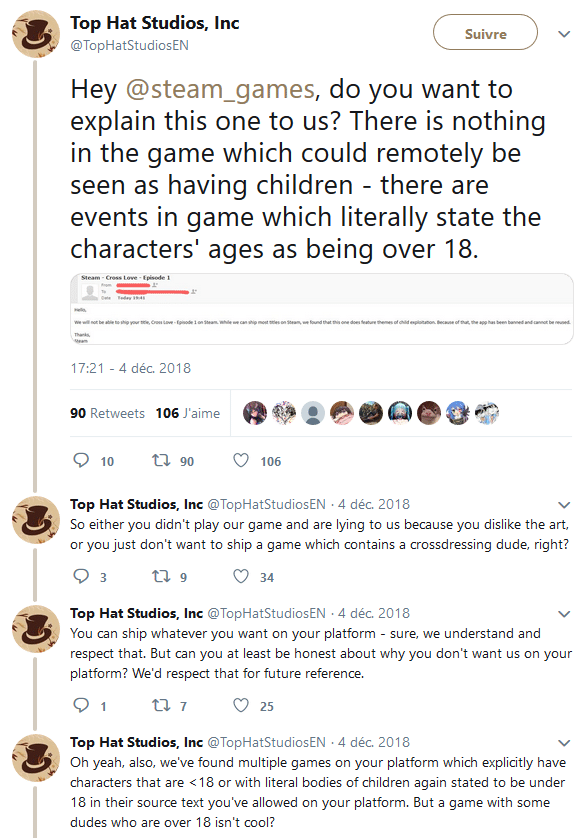 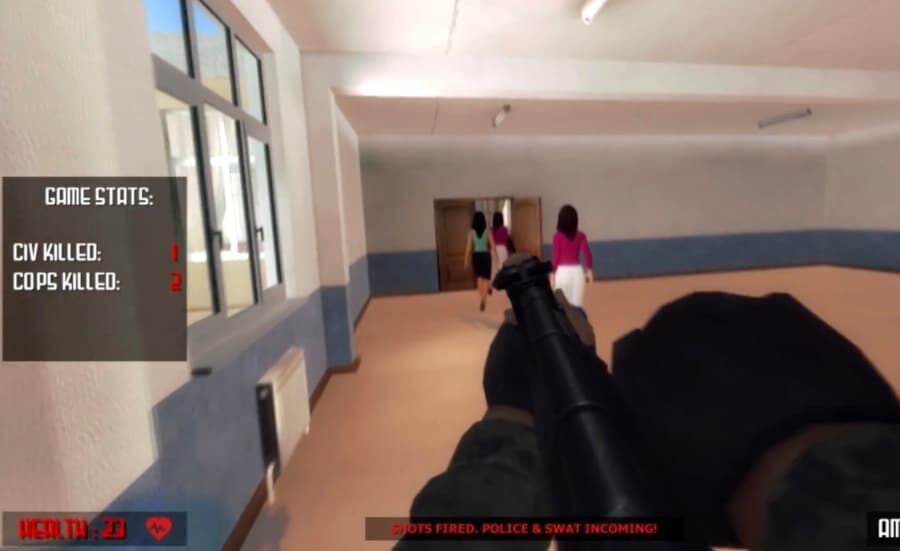 Active Shooter, later renamed to Standoff, should be self-explanatory. The first person shooter allowed you to play as an active shooter in a school shooting or a SWAT team member responding to the situation. In other words, it's like a crappy single-player Counter-Strike if it was set inside of a school.

So Steam took the game down, citing the developer's alleged past behavior as their excuse. Valve spokesman Doug Lombardi described the developer as "a troll, with a history of customer abuse, publishing copyrighted material, and user review manipulation."

Did we leave out a great Steam banhammer? Let us know in the comments.