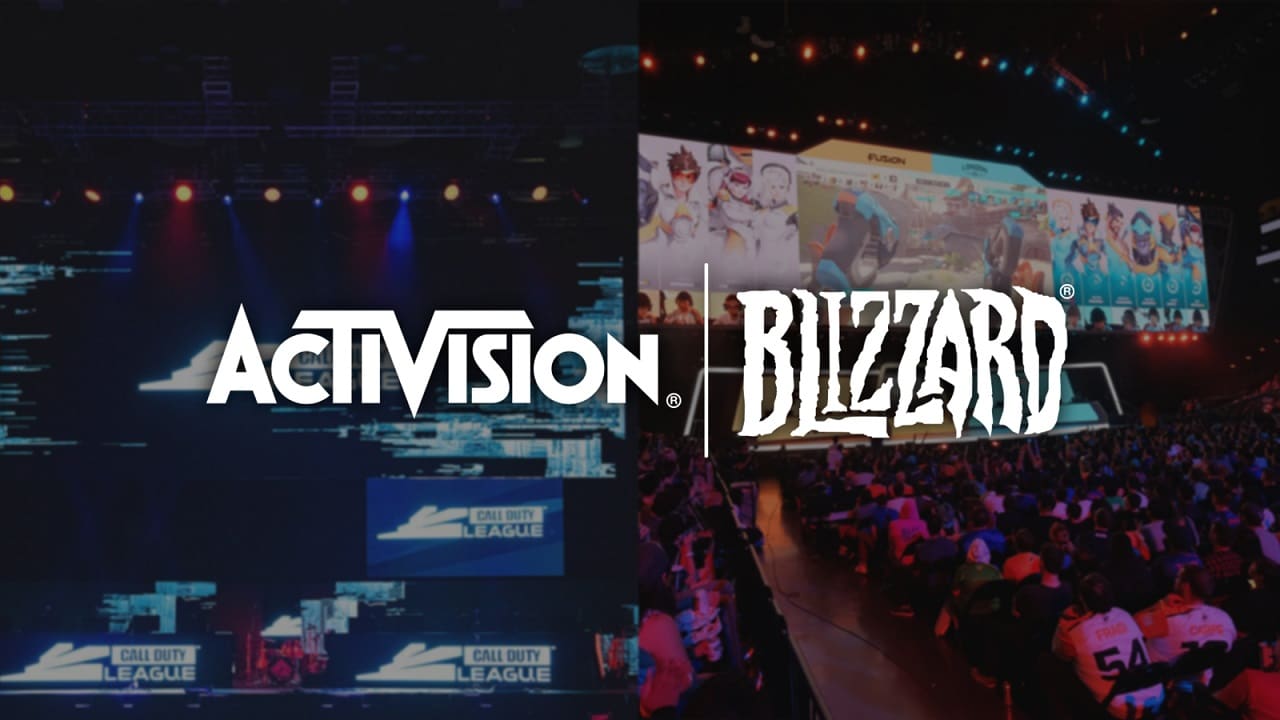 An anonymous user claiming to work at Blizzard yesterday posted a massive letter to Ganker about the state of the sinking ship that is World of Warcraft. The letter shines a light on the demoralization happening inside the company as well as blaming "social justice" and a "too big to fail" mindset for choices made there in relation to World of Warcraft, which is leaking players like a sieve.

The letter is generally thought to be authentic among the thousands of gamers who have discussed it on Ganker and social media like Twitter. Former WoW team lead Mark 'Grummz' Kern also reposted the letter and said it rings true based on what he knows from when he worked at Blizzard. Judge for yourself:

Shadowlands is a shitshow. Critical response, Player drop off and just about every engagement metric outside of the cash shop have been catastrophic. No higher up expected this because of their "we are too big to fail, if we built it they will come" mentality. They refuse to accept their focus on the world being a begrudged mechanic to funnel players to raiding is not appealing to the player base at large because it appeals to them. They have spent the last 4 months trying to course correct but there is no solid direction and the response to 9.1 has only made things worse.

Sylvanas is planned to replace the Arbiter despite so many people in the company and god knows how many online saying this would be a total replication of Kerrigans storyline in Starcraft 2 that killed none competitive interest in the brand entirely and you can only go "no, no they WILL like it eventually" for so many real world years before its time to change course. Thus far that has not happened.

The elephant in the room is FFXIV. To the people in charge they are acting like this came out of nowhere and don't even seem to understand why its drawing players away in their tens of thousands. We have all tried to highlight things it is doing that are clearly appealing to an mmo audience and not, in my opinion, focussing more on mobile game style retention traps to keep MAU users and habit forming personalities logging in. Its not that they don't care. They just seem so pig headed and digging their heels in with their fingers in their ears thinking all the problems will go away because WoW is "too big to fail", there will never be real competition and "they will keep coming back". But they aren't coming back anymore. Not in the numbers they used to.

The people making the spending choices know this. The new model for WoW is market the hell out of a expansion pack for a huge quarter then use 6 month lock ins to pad numbers for the quarters after that. Even if corona had not happened 9.1 still would have been dropping after the initial 6 month subs expired to "keep the chain holding".

The mood in the company is tense but also very much "its just a rough transition period". Activision has been pushing hard for Blizzard to release more regular product and to generate more income per user. As far as i know this is going to be a transition over the next 5 years to a much larger mobile/tablet gaming focus. By all accounts not just WoW but Overwatch was intended to be the moneymaker in the interim but once again someone had the bright idea to kill a game casual players loved on the alter of e-sports hoping for another Brood War. From what i hear the "told you so's" were loud and a lot of people walked beyond Kaplan.

The sentiment that was shared quietly in private but being spoken more often is simply that the leadership at Blizzard are not bad people, nor incompetent people but people who had to fill seats left when the old guard jumped ship wether they were suited for it or not. Brack is a genuinely good man out of his depth, Ion is a fantastic raid designer put in charge of designing a virtual world he has no interest or real ideas for and so on. They have been taking form the roles they excel at to be put in positions where they get to do far less of that purely because there is nobody left with the experience to do so and the trickle down is a lack of concrete direction, ambition and focus.

2021 has seen the playerbase, media and gaming at large "turn" on WoW to a degree i don't think the leads in their "positivity dojo" bubble considered possible. Its gone from people going "This is how Blizz needs to fix WoW!" to "WoW is no longer salvageable, time for greener pastures" and i think on some level this was never considered as a possibility so there have never been any major plans beyond the usual "try and minimise player drop off by arranging releases around competitors launching updates/products". The official forums being filled with talk of FFXIV and worse "why do we actually pay a sub?" hasn't helped.

There has been some testing the waters lately from certain higher ups if we can remove the line "No King Rules Forever". Read into that what you will.

There are still arguments going on about the Kael'thas Voice actor shitshow. I don't know much about it but i know its heated, wouldn't be the first time a knee jerk reaction only seemed to generate bad press. We lost a noticeable amount of pvp engagement after the Swifty thing.

The Preach interview was treated as a disaster and there was talk of more strongly vetting interviewers for "bad actors" and only engaging with a list of questions Blizzard provides. Some pointed out that could just be used to create some form of Fireside Chat akin to the FFXIV "Live letters" but that fell on deaf ears.

The two sentiments right now among the team are either "we really need a win" or "theres a dedicated cabal of internet trolls out to kill WoW". Right now we are crunching hard to get 9.2 ready to wrap up the jailors storyline so we can get an expansion out early 2022. If that doesn't happen there are talks of major shakeups coming down from Activision that have been threatened for a few years now. Its an all hands on deck feeling thats been around to some degree since the "Is this an out of season April Fools Joke" Blizzcon. A make or break deadline is coming closer and things like Diablo 4 were not at all planned before then. Blizzard needs a significant win not just in initial profit but consumer goodwill. Nobody likes working at what the public now seems to see as "the bad guy" of the mmo industry.

This has also made new hires decline. Not significantly but the "you WANT Blizzard on your resume" line doesn't seem to have the appeal it used to. This has lead to more hiring via friend of a friend, to some rumblings about nepotism, and people severely lacking in experience "because they get great twitter optics.

On the topic of Twitter we are now being told to "disengage" from it. Multiple employees like Nervig and Holisky publicly attacking paying customers because they got too heated and couldn't keep quiet is bad press that could have been avoided. A email reminder has gone around more than once lately stating "if you are not customer relations you should not be representing the company to customers, especially if you cannot remain professional".

Lastly the biggest elephant in the room is "yo' boy" Asmongold. The newer hires cannot stand him. They have used terms like "toxic masculinity" and "dogwhistles to dangerous males" while some of the oldest crowd still remaining have called him "based" or "telling it like it is" which has lead to friction to put it mildly. People are told not to talk about him and the recent FFXIV stuff only made it all the worse. The idea that an outside element can have such an effect on the product genuinely upsets people. Like Zach is engaging in some malicious act of cyberwarefare. Many of us have point out the now famous quotes by Naoki Yoshida about understanding that players will drift and we need to make something worth coming back to because they want to but some people for lack of a better word see our customers -or "consumers" as they refer to them nowadays- as some kind of antagonistic relationship where the goal is not being an entertainer putting on a show for a crowd but some kind of game hunter trying to trap a large, profitable kill. I wish i could blame Activision but this is a sentiment from more of the younger crowd than the "tech boomers". Which personal opinion is probably why so many folks like Metzen and Morheim left.

Before you ask yes the topic of "wokeness" has shown up in group talks. Its not all some grand sjw conspiracy, people really do want people to feel welcome and represented. However the "we need everything veto'ed by people not working on it to see if its inoffensive and bland enough" rubs some of us the wrong way. Like anything in life you can take something too far and lose sight of the core ideals and with everything gone on since Blitzchung it feels like people are forming little factions to pull people in different directions to decide "What Blizzards identity is now" and how to appeal to new players. There has been some drop offs with "go woke go broke" as the only answer in the survey when unsubbing but honestly we are losing subs in unforseen numbers anyway and still making more money than ever through cash shop "heavy users" so it honestly doesn't make an impact.

All in all things are rough right now. Blizzard doesn't have the love of the customers anymore, is no longer treated as an industry giant and while D4,D2R and Immortal aren't going to kill Diablo even if they fail the sentiment for World of Warcraft and Overwatch 2 are a lot more tense and stressful. The phrase "it might be good to brush up on your mobile development portfolio if we get another underperformer" has been doing the rounds a lot. If Shadowlands continues its stark decline and Overwatch 2 is looking to underpeform like its current projections suggest i think the Blizzard of a few years from now will be imitating King a lot more than trying to learn any lessons from Square Enix's mmo division.