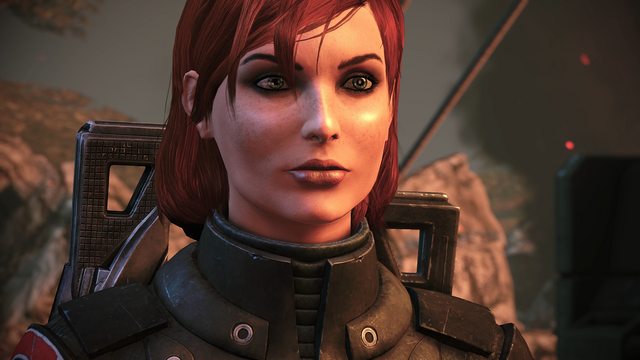 I've watched four le ebin girl bitch streamers play this and they ALL do the following things:

>play as femshep
>tease bi-romance with Liara but don't actually do it because in their real lives they probably claimed to be bi at one point but are not and never were
>kill Ashley because le ebil space wacist bad 🙁
>spare Rachni queen
>play Paragon at every turn
>spare anyone they can because they're such good people even though Shep mows down hundreds of people in-game
>cure the genophage and don't even consider the consequences because the krogan are so heckin cute and chonky bois :3
>even though if a group on Earth was as plentiful and as ruthlessly violent as the krogan they would want that group wiped out (and rightfully so)
>NEVER try out different parties, Garrus in party at ALL Times across all three games, and either Tali, Liara, or Jack (nothing wrong with any of these characters but it's boring to have the same people with you every time)
>hate on Miranda because typical female insecurity
>get mad at the Samara storyline because they don't see anything wrong with Morinth living a carefree hedonist life because in their personal lives that's what they do and how they live and they're insecure about being criticized for it
>get mad when their actions have consequences and blame the game instead of themselves for not paying attention or being dumb
>choose synthesis

Why are they like this? They ALL do this. So predictable and boring.