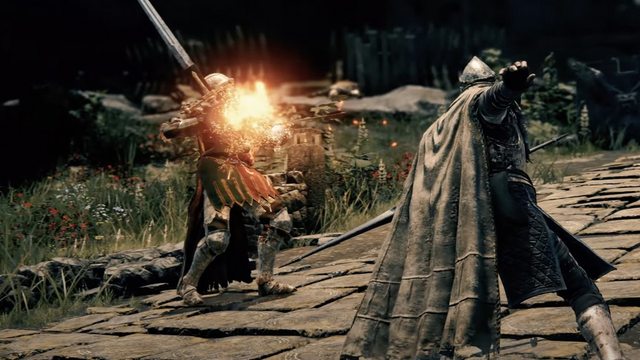 >Skyrim combat
>mash RMB until your enemy's health is down to 0
>light and strong attacks to give an illusion if depth
>hazard free healing whenever you want, basically unkillable as long as you got enough potions
>can focus more on the aspects of the game that are outside of combat

>Mount & Blade combat
>several attack moves including the angle of attack
>positioning is important as well as the direction of block moves
>closest to what an actual IRL swordfight would feel like
>kinda autistic though, and more than a 1v1 becomes extremely difficult (which is realistic, yes, but also kinda unfun imho)

What's your ideal combat system? 1, 2, 3? Or a mix of all of them?
Keep in mind we're talking about regular vidya controls, so no Wiimote stuff. So your combat system should be playable and feel "right" on a regular controller/mouse and keyboard.