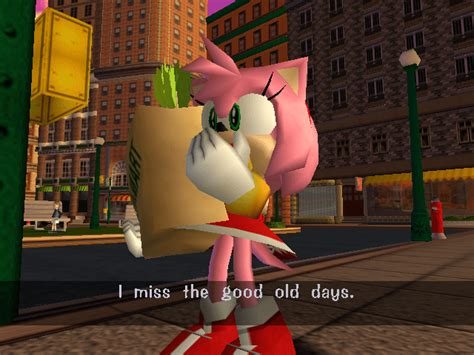 It's strange how SA1 feels so nostalgic to me despite playing the sequel before it. Even with it flaws, it just has a certain charm that Adventure 2 doesn't have.
I just think it's a significantly better game too. Big's fishing stages and Amy's gameplay weren't nearly as much as a chore as SA2's worst treasure hunting stages and route 101/280. The levels are much better designed as well, probably being the least linear levels we've seen from a 3D Sonic game. The story/world-building has the perfect balance between a lighthearted "cartoony" tone and the more serious direction SA2 and Shadow took it. The anime-esque humans really fit well in the Sonic universe, I don't know how Sega managed to screw that up with '06 when they nailed it the first try.