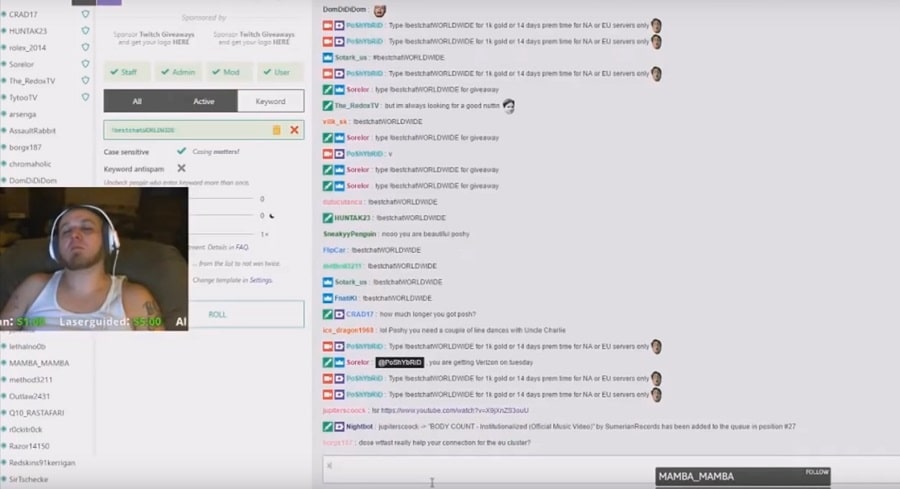 We recently wrote about gamers shitting their pants from sheer dedication to gaming. Sadly, sometimes they also die from it. They’re mostly keeling over in their chairs from inactivity and stress induced complications, which isn’t so interesting. Other times gamers are just victims of circumstance like the rest of us and get shot up because the some psycho lost a Madden NFL game. We got together with experts from Pro-Papers and did our homework so we could highlight ten times gamers peaced out of this miserable existence doing what they love.

A man only identified as Wu collapsed and died after a 19-hour computer gaming binge at an Internet cafe in Shanghai. Security footage showed Wu coughing blood before suddenly collapsing in his chair. According to the local police, Wu had tuberculosis, but his sudden death was unexpected.

Big props to the other cafe patrons, who seemed to show actual concern for Wu and coming to his aid when something was clearly wrong — a rarity in China.

An online match of Call of Duty: WWII turned fatal when this punk called the police to SWAT fellow gamer Andrew Finch. The swatter was reportedly upset over a $1.50 Call of Duty wager arranged through UMG Gaming, and has also been involved in calling in bomb threats.

From elevators to mobile phone cables — and in this case PC monitors, Chinese products will find a way to get you. This unnamed Chinese man was playing Counter-Strike in an internet cafe when he decided to touch the monitor with both hands. The thing electrocuted the man, who was later pronounced dead.

The GLHF (Good Luck Have Fun) Game Bar, a video game venue in the Jacksonville Landing indoor marketplace, hosted a Madden NFL 19 video gaming tournament on August 26, 2018, with around 130 to 150 participants and onlookers. After one of the participants, David Katz, lost a game, he refused to shake the hand of the winner and left the tournament. Soon after, he returned with one of the two handguns he had brought to the event.

Katz fired 12 shots, killing two people and wounding ten others, then committed suicide. Two more sustained injuries while fleeing. A tournament announcer said that he had been interviewing the first victim before he was fatally shot, and that he had been intentionally targeted. The gunman then turned and began shooting indiscriminately.

Once again, Chinese products will find a way to get you. There’s loads more of these but we won’t include them all.

An 18-year-old factory worker named Xiong Xuan was killed in a freak accident as he attempted to unplug his mobile phone cable from a computer at an internet cafe in Wuhan, China. According a report by the Chutian Metropolis Daily, Xiong’s brother was in the seat beside him when the accident happened. He told reporters that Xiong said that he was going to get some food and reached down to take his cell phone with him. “When he tried to pull the cord out, he got shocked and cried out. Then he touched it again and his foot hit the steel pipe underneath the desk,” his brother explained. He could only watch as his brother fell limp to the ground and started foaming at the mouth. An ambulance arrived to rush Xiong to the hospital, but he was pronounced dead on the way.

On February 19, 2017, a clearly worn out and barely functioning World of Tanks streamer “Poshybrid,” did a 24-hour stream for the Make-A-Wish Foundation when he left to take a smoke break. He never returned. His death was ruled an accidental overdose of fentanyl.

Brian Vigneault was a 35-year-old father of three who frequently did marathon gaming sessions on Twitch, where he had almost 8k subscribers. He had raised over $10,000 for charities during these streams, according to his Twitch profile.

A man died from a heart attack at a Thai gaming cafe and was slumped at the keyboard for four hours before anybody noticed.

Natsupon Arunrat, 32, started his session at 4am and was found dead in front of the computer screen at the internet cafe in Samut Prakan.

The owner of the iCAFE cafe said that the customer, who was a regular, was unemployed and usually arrived first thing in the morning. But she was unable to notice any difference between his gaming state and his dying state.

The owner noticed that he did not get up and walk around to relax like he normally did, so she walked by to check on him. When he didn’t respond, she assumed he was “concentrating on the game” and walked away.

Bonus: on a lighter note

On a lighter note, the final gamer on our list survived — but became paralyzed from the waist down.

When gaming, warning signs that you’ve had enough might start to distract you. This happened to a Chinese gamer who lost sensation from his waist down after playing video games for 20 hours straight at an internet cafe in Jiaxing, Zhejiang Province.

The man realized something was wrong when he attempted go to the toilet—but then found he could not move the lower half of his body.

He reportedly entered the internet cafe in the evening and had been playing the same game without any breaks for 20 hours straight, until he was taken to the hospital.

In a video posted to a Chinese video platform, the man can be seen being lifted onto a stretcher. Upon being carried out of the internet cafe, the man can be heard begging his friends to continue playing his unfinished game. Because that’s what matters, in the end.

2 of the 10 are for gold starred Reddit accounts only. Apply for gold and premium diamond at [email protected].