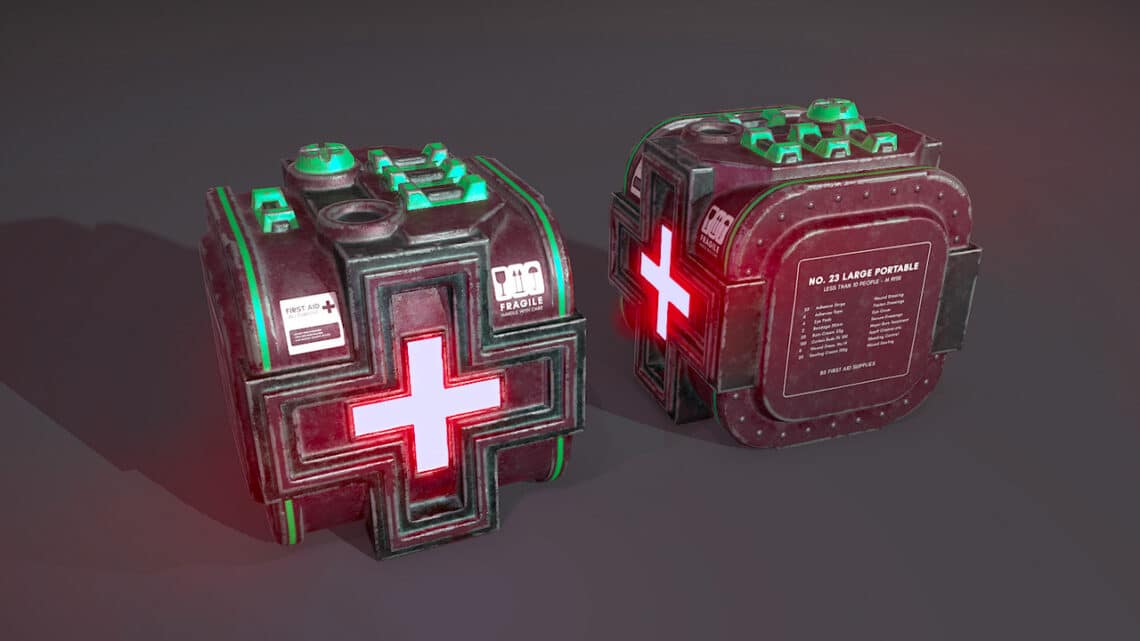 When videogames were young, our lives were simple: we had three of them, generally speaking, and we lost one whenever we ran into a ghost, or an alien, or a tank. Health didn’t come into it back then. We were alive and then we were dead. We thrived, and we fell.

Health came along when games became more ambitious, but did health make games healthier? Suddenly there were meters to measure, medicine to devour. Health allowed us to last longer, but it also made us addicts. Is it better just to live, and then, just as quickly, to die?

Pac-Man didn’t need health even though he ate a lot of pills, and early games didn’t need it because they were twitchy, binary worlds, modelled on pinball. For a long time, the one-hit death was as much a part of the arcade experience as smart bombs and leaderboards. You were powerful but fragile, like a glass cannon, and the combination sharpened the mind. But this didn’t begin life in some forsaken forest, it began in space, amidst the endless vector nebulae of imaginary galaxies – and those first glass cannons were spaceships.

But games wanted to explore more than high scores. They wanted their settings to be more than a backdrop for attack waves. They wanted to take you on journeys, ultimately, and they didn’t want to keep stopping off at the morgue. The solution was health, and health meters. When health meters dominate, you get fighting games. When they settle into the background, you get adventures: missions to go on where you’re not expected to duck every bullet. The more that games wanted to tell stories, the more ways they had to find to keep you alive to hear each new chapter. Mushrooms, shields, an embarrassing reversion to underwear: health had, in some ways, become the central mechanic.

Health began to dictate the pace, too. For a long time, it did this with health packs: an awkward synecdoche that we all agreed to endure. Brewed into red potions, delivered via roast dinner or taking the form of wall-mounted medical stations when the designers had a yen for credibility, health packs were games’ way of keeping you in check, of stopping you from having all your fun at once. Working together with its fair-weather ally, the save system – another crucial life preserver that no two games could ever truly agree how to handle – they were responsible for everything from managing tension to tweaking difficulty. From Mario to Resident Evil, from gold coins to healing herbs, in games you were a wounded superhero racing between pharmacies.

Eventually, though, certain games wanted a little more freedom. They wanted to step away from the addict’s lifestyle and experience moments of heroism that came from strength rather than weakness. That, ultimately, is the true legacy of Halo: the shield. Halo allows you to manage your recovery, balancing your well-being against your patience – and your hunger to be the star of each battle.

Many would iterate on that idea (not least of all Bungie, which never kept that recharging meter quite the same two games in a row) but it eventually became the new standard, as much a part of the modern shooter as the hovering reticule. You fought and then you ducked. Those Victorian doctors were right: you didn’t need medicine – fresh air would do.

Occasionally, a game turns up that is darkly obsessed with health, and where your physiology is a central theme as much as a gameplay mechanic. Metal Gear Solid 3 dropped you into the jungle with a handful of plasters and made you nurse every cracked rib because it wanted you to feel like a survivalist. Far Cry 2 pinched the jungle setting but tied health, rather poorly, to your morality. Caught in a guerrilla war between two equally obnoxious factions, your stage-managed malaria was a symptom of your ambiguous ethics as much as a gift from the toxic wilderness. Even the jeeps in Far Cry 2 are sick. Suddenly health had an attitude. Worse, when the game played doctor, it prescribed side-missions.

Can health survive? Look around today and, in certain mainstream games, health is looking decidedly unhealthy, and even death is dying. Nathan Drake dodges bullets like a matinee idol, but when he accidentally takes too many of them, the film catches in the gate and starts to burn. Encouraged by Halo’s self-recharging shield, companies like Naughty Dog have allowed their cinematic ambitions to bloat to the point at which they challenge not just mechanics but basic fail-states. Action games – at least the really big-budget ones – become animatronic dioramas with no place for death – no place, at times, for much player agency at all. They’re built to be traversed once, at exhilarating speed, and when you expire and restart, you see too many of the gears going around behind the scenes to ever truly enjoy them again. Health meters, meanwhile, have joined the health packs. The health HUD has been replaced with a slow fade to grey, or a Pollockian splatter of jam. Your health has become your vision, and death looks a lot like a restart prompt.

If health does recover, it’s likely to thrive out in the more complex genres, among the number-crunching RPGs or the existential indie puzzlers. In the mainstream – the mainstream action game, certainly – it’s starting to look like a casualty of story. And story, after all, never wants to relinquish its own fierce grip on life and death.